Showing posts from August, 2017
Show all

Little Monsters By  Kara Thomas Published on July 25, 2017 Published by: Delacorte Press Source: Netgalley For fans of  Pretty Little Liars ,  Little Monsters  is a new psychological thriller, from the author of  The Darkest Corners , about appearances versus reality and the power of manipulation amongst teenage girls. Kacey is the new girl in Broken Falls. When she moved in with her father, she stepped into a brand-new life. A life with a stepbrother, a stepmother, and strangest of all, an adoring younger half sister. Kacey’s new life is eerily charming compared with the wild highs and lows of the old one she lived with her volatile mother. And everyone is so nice in Broken Falls—she’s even been welcomed into a tight new circle of friends. Bailey and Jade invite her to do everything with them. Which is why it’s so odd when they start acting distant. And when they don’t invite her to the biggest party of the year, it doesn’t exactly feel like an accident. But Kace
Read more

BLOG TOUR: IF THERE’S NO TOMORROW 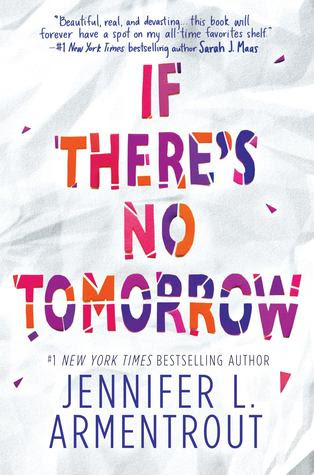 Thanks to TLC Tours, we're pleased to take part in the book tour for If There's No Tomorrow, a new contemporary YA novel by Jennifer Armentrout. Keep reading to check out an excerpt from the book! And be sure to check out the tour website for a complete lists of stop, to read all of the excerpts this week! If There's No Tomorrow By  Jennifer L. Armentrout Published on September 5th 2017 Published by: Harlequin Teen Lena Wise is always looking forward to tomorrow, especially at the start of her senior year. She's ready to pack in as much friend time as possible, to finish college applications and to maybe let her childhood best friend Sebastian know how she really feels about him. For Lena, the upcoming year is going to be epic—one of opportunities and chances. Until one choice, one moment, destroys everything. Now Lena isn't looking forward to tomorrow. Not when friend time may never be the same. Not when college applications feel all but impossibl
Read more
More posts