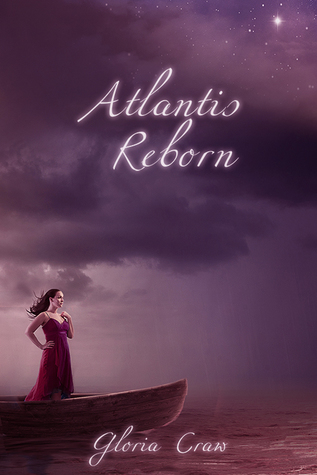 In a few days, I’ll officially be the Laurel clan chief—but it comes at a heavy cost. My human family, the McKyes, think I’m dead, and the only family I have left is my surly cousin, Theron. Plus the occasional visit from my dead mother.
Gathering the fifteen clans of Atlantis is more tasking than I thought. Thank fate that Ian has my back, otherwise keeping the peace would be a total disaster.I want to give him my heart, too, but without an official likeness, or spontaneous pairing, it’s only wishful thinking. To make matters worse, someone out there has the formula to createhuman-Atlantian hybrids. For a hefty price.
Certain chiefs are so desperate to increase our population that they refuse to see the price might be more than money; it could cost us our souls. If I can’t change their minds,the descendants of Atlantis could disappear forever.

I just love this series. I love anything magical, and this is full of magic of all kinds. Gloria Craw wrote a series that fully captured my attention, and I was invested the entire way.

Allison will soon be the official clan chief of the Laurel Clan. It doesn't matter that she is the only one left, because she can still make a difference. Her vote will count. But there are others who don't want to see her on the council. Will she survive long enough to take her place among the clans?

I really enjoyed the relationships in this story more than anything else. The love that Allison has for her human family, the sacrifices she is willing to make to keep them safe. hit me to my core. My family is my world, so those are things that I understand. Even through the heartbreak of what she was forced to do, she knew she was doing the best by them as she could. I also am a huge fan of Theron. He is my favorite character, aside from Lillian. Have I mentioned that I love snark? And finally, Ian. It isn't my favorite romance ever, but I will say that the fear of the unknown between them made it worthwhile. And that ending was beautiful.

All in all, this series has been a good one for me, from start to finish. There is action, adventure, mystery, romance, friendship. Pretty much everything you could hope for in a great story.

The only complaint that I have to make is in the editing. There were numerous editing issues throughout the story, and it pulls me out of the story. Nevertheless, I loved Atlantis Rising, and I am looking forward to more Gloria Craw in the future!