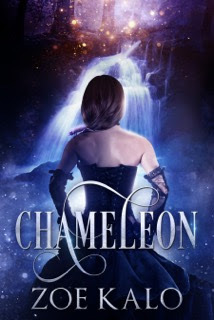 An isolated convent, a supernatural presence, a dark secret…17-year-old Paloma only wanted to hold a séance to contact her dead father. She never thought she would be kicked out of school and end up in an isolated convent. Now, all she wants is to be left alone. But slowly, she develops a bond with a group of girls: kind-hearted Maria, insolent Silvy, pathological liar Adelita, and their charismatic leader Rubia. When, yet again, Paloma holds a séance in the hope of contacting her father, she awakens an entity that has been dormant for years. And then, the body count begins. Someone doesn’t want the secret out…Are the ghost and Paloma’s suspicions real—or only part of her growing paranoia and delusions?

I will admit that "isolated convent" drew me in to this story. It just lends itself to spooky, and as we all know, spooky is my jam. Unfortunately, the spook factor was teeny tiny, but the story itself was a pretty good one.

After being caught holding a seance, trying to connect with her father, Paloma is sent to a convent by her mother and stepfather. Paloma is angry about it, and doesn't feel like she deserves it, but the choice is no longer hers. After arriving at the convent, Paloma makes friends with a group of very.... interesting girls, and starts seeing and hearing things that might or might not be real. There is the ghost of a little girl haunting her, and she must figure it out before she ends up in a place worse than the convent.

Chameleon was a good story, with a decent plot. I flew through the book in a day. The pacing was good, and the characterization and world-building were definitely the best parts. I enjoyed the uncertainty, not knowing what to think about anyone in the story. Paloma is a good MC. She is tough sometimes, weak at others, but she is always trying to do the right thing. The other characters in the story made an interesting character study in sweetness, kindness and deeply disturbed.

I did have a few issues with the book. First, it felt like parts of the story were missing. I don't know if this was an editing thing, or just the way the story was written, but it felt choppy at times. The other issue was the very ABRUPT ending. I was reading, thinking I had another few pages to go, and then there were no more words. Not even an To Be Continued. I am really hoping there is a second book, otherwise I might get a little frustrated. NOTHING WAS RESOLVED.

So, all in all, not a bad story. This would be a great read for the younger YA crowd, especially those who are attempting to jump into the Spooky Story World but are hesitant.