Showing posts from January, 2017
Show all

Release Day Celebration ~ Embers in the Sea (Fire in the Woods #3) by Jennifer M. Eaton

I am so excited that EMBERS IN THE SEA by Jennifer M. Eaton releases today and that I get to share the news! If you haven’t yet heard about this wonderful book by Author Jennifer M. Eaton, be sure to check out all the details below. This blitz also includes a giveaway for a Perfectly Posh , Posh To Meet You Set ($20 value), and an Alien Charm Necklace US Only courtesy of Jennifer & Month9Books . So if you’d like a chance to win, enter in the Rafflecopter at the bottom of this post. Title:  EMBERS IN THE SEA (Fire in The Woods #3) Author: JenniferM. Eaton Pub. Date: January 31, 2017 Publisher: Month9Books Format: Paperback, eBook Pages: 300 Find it:  Goodreads | Amazon  |  B&N | TBD Alien scientist David has dealt with disappointment his entire life, but failing to breathe life into the planet Mars is his greatest regret. Out of options and in need of a new home for their people, the alien Caretakers rekindle thei
Read more

Today R.M. Clark and Month9Books are revealing the cover and first chapter for THE TICK TOCK MAN which releases May 2, 2017! Check out the gorgeous cover and enter to be one of the first readers to receive a eGalley!! A quick note from the author: The Tick Tock Man is my first foray into the world of speculative fiction. Here in New England, we are fortunate to have many wonderful clocks around. We have clocks in church steeples, parks, above banks and other locations. My idea for this story came from a simple "what if". What if there were a community of "clock people" who kept all these great clocks running? Furthermore, what could go wrong? Then I made something go wrong and the story "clicked." The Tick Tock Man takes place primarily in this fictional clock world, but the issues, conflicts and resolutions are not unlike those in the real world. Title:  THE TICK TOCK MAN Author: R.M. Clark Pub. Date: May 2, 2017
Read more 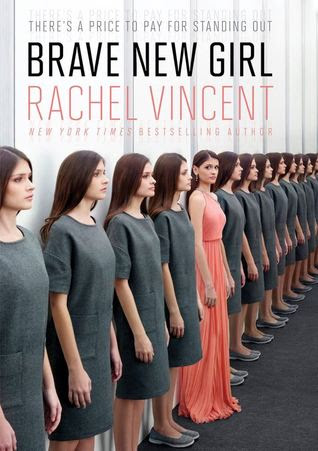 Brave New Girl By  Rachel Vincent Published on May 9, 2017 Published by: Delacorte Press Source: Around the World ARC Tours In a world where everyone is the same, one girl is the unthinkable: unique. A high-stakes fast-paced series launch from  New York Times  bestselling author Rachel Vincent. We have brown hair. Brown eyes. Fair skin. We are healthy and strong and smart. But only one of us has ever had a secret. Dahlia 16 sees her face in every crowd. She's nothing special—just one of five thousand girls created from a single genome to work for the greater good of the city. Meeting Trigger 17 changes everything. He thinks she’s interesting. Beautiful. Unique. Which means he must be flawed. When Dahlia can't stop thinking about him—when she can't resist looking for him, even though that means breaking the rules—she realizes she's flawed, too. But if she’s flawed, then so are all her identicals. And any genome found to be flawed will be recalled. Destroy
Read more

I am so excited that DAMAGED GOODS by Jennifer Bardsley releases today and that I get to share the news! If you haven’t yet heard about this wonderful book by Author Jennifer Bardsley, be sure to check out all the details below. This blitz also includes a giveaway for a Perfectly Posh , Posh To Meet You Set ($20 value), US Only courtesy of Month9Books. So if you’d like a chance to win, enter in the Rafflecopter at the bottom of this post. About The Book: Title:  DAMAGED GOODS (Blank Slate #2) Author: Jennifer Bardsley Pub. Date: January 17, 2017 Publisher: Month9Books Format: Hardcover, Paperback, eBook Pages: 300 Find it:  Goodreads | Amazon  |  B&N | TBD Blanca has everything she ever wanted, a hot boyfriend named Seth and the loving support of her foster father, Cal. She’s finally escaped the abusive control of her birth father, Barbelo Nemo, and her tortured childhood at Tabula Rasa School. But the scars of Blanca
Read more 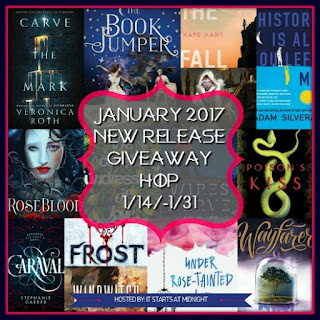 Enter to win any January New Release of your choice. YA/NA/Adult... whatever your heart desires! International as long as The Book Depository ships to you.  $13 and under. Enter to win and then hop around to the other participating blogs. a Rafflecopter giveaway
Read more

~ Cover Reveal ~ Chameleon by Zoe Kalo Genre: YA/Gothic/Ghost/Multicultural Word Count: 55,000  Release Date: February 2017 Premise: Kicked out of school, 17-year old Paloma finds herself in an isolated convent in the tropical forests of 1970s Puerto Rico, where she must overcome her psychosis in order to help a spirit and unveil a killer. Blurb: An isolated convent, a supernatural presence, a dark secret… 17-year-old Paloma only wanted to hold a séance to contact her dead father. She never thought she would be kicked out of school and end up in an isolated convent. Now, all she wants is to be left alone. But slowly, she develops a bond with a group of girls: kind-hearted Maria, insolent Silvy, pathological liar Adelita, and their charismatic leader Rubia. When, yet again, Paloma holds a séance in the hope of contacting her father, she awakens an entity that has been dormant for years. And then, the body count begins. Someone doesn’t want the se
Read more 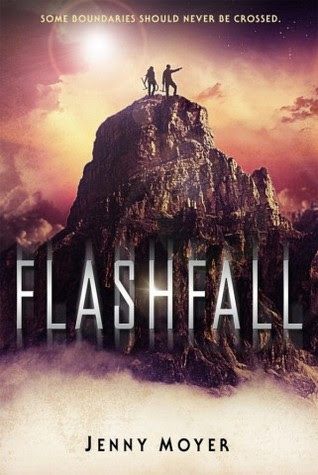 Flashfall (Flashfall #1) By  Jenny Moyer Published on November 15, 2016 Published by: Henry Holt and Co. (BYR) Source: Publisher Orion is a Subpar, expected to mine the tunnels of Outpost Five, near the deadly flash curtain. For generations, her people have chased cirium—the only element that can shield humanity from the curtain’s radioactive particles. She and her caving partner, Dram work the most treacherous tunnel, fighting past flash bats and tunnel gulls, in hopes of mining enough cirium to earn their way into the protected city. But when newcomers arrive at Outpost Five, Orion uncovers disturbing revelations that make her question everything she thought she knew about life on both sides of the cirium shield. As conditions at the outpost grow increasingly dangerous, it’s up to Orion to forge a way past the flashfall, beyond all boundaries, beyond the world as she knows it. Goodreads  | Barnes & Noble  | Amazon   Flashfall... My gosh, y'all! I procra
Read more
More posts