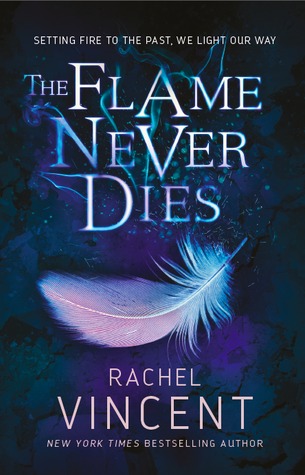 For fans of Cassandra Clare and Richelle Mead comes the unputdownable sequel to The Stars Never Rise, a book Rachel Caine, author of the bestselling Morganville Vampires series, called “haunting, unsettling, and eerily beautiful.”
ONE SPARK WILL RISE. Nina Kane was born to be an exorcist. And since uncovering the horrifying truth—that the war against demons is far from over—seventeen-year-old Nina and her pregnant younger sister, Mellie, have been on the run, incinerating the remains of the demon horde as they go.
In the badlands, Nina, Mellie, and Finn, the fugitive and rogue exorcist who saved her life, find allies in a group of freedom fighters. They also face a new threat: Pandemonia, a city full of demons. But this fresh new hell is the least of Nina’s worries. The well of souls ran dry more than a century ago, drained by the demons secretly living among humans, and without a donor soul, Mellie’s child will die within hours of its birth.
Nina isn’t about to let that happen . . . even if it means she has to make the ultimate sacrifice.


The Stars Never Rise was a fantastic story. When the chance to read the sequel came about, I jumped all over it. I was a little hesitant to start reading it once I had it in my hands. Second stories can be very hit and miss, and I did not want this one to be a miss. Thankfully, I was hooked immediately.

This story starts off a few months after the ending of the first book. Anathema has been living in the badlands fighting degenerates and raiding Church caravans for food and supplies. On the way back to their hideout from one of these raids, they see a little boy standing beside a car on the road. Stopping to investigate, they discover a grisly scene. They decide to take the boy with them. thus leading to some horrific events they never could have seen coming. The one good thing that comes from all of this is finding a group of freedom fighters. They become allies, and teach each other, becoming friends along the way. After a false labor, and the disappearance of one of their own, everything goes haywire. Grayson and Nina find themselves in the one place they never wanted to see; Pandemonium, a city of demons. A fight for their lives ensues, and a chance to make a difference in this never-ending war.

This book made me cry. A lot. And it made me fall all the more in love with these amazing kids. Rachel Vincent has a knack for writing the best kind of characters. Even the annoying ones that you just want to slap sometimes are so easy to love. The stakes in this one are so much higher, and it made for a non-stop, flat-out thrill ride.
I loved the ending of the book, but I haven't seen anything about a third book yet. The only way this book becomes less than stellar for me is if there isn't another book to finish off what has been started in this amazing series. There is definitely a need for a final war. And a chance for Nina to get her family back!