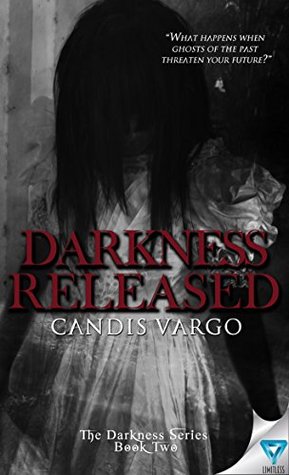 For Hailey James, the ghosts of the past have never truly been laid to rest…
After a troubled childhood and one last visit to her family’s abandoned home, everything in Hailey’s life seems to be going according to plan. The business she runs with her best friend, Pat, has hit big time success, and she isn’t even twenty-five.
When night terrors come out to play, her future is in jeopardy…
With the demolition of her childhood home, and her twenty-fifth birthday drawing near, Hailey’s nightmares become even worse. She is no longer able to do her job. At Pat’s insistence, Hailey undergoes hypnosis. She doesn’t remember much of her childhood, but when she sees a man dressed all in red in her visions, Hailey knows he is the key to her understanding.
Hailey can’t seem to escape her past and the ghostly women who haunt it. But she can break the cycle of suffering that has surrounded the women of her family, especially with the future of her little niece, Lilly, on the line.
To move forward, sometimes we must go back…
Hailey’s future remains uncertain if she can’t face her demons. She can only hope she will be able to defeat the evil which has pervaded her childhood and threatens her family.
When the shadows of her past threaten to cloud her future, Hailey must find the strength to unlock the truth of her troubled childhood.

I don't generally read short stories, because 9 out of the 10 that I do read just don't work for me. Trying to pack an entire stories worth of ideas into a few short pages, in this case 114 pages, can't be an easy feat. Most of the time, it feels so.... incomplete. With Darkness Released, the entire story felt really rushed and muddled. Why did I even bother, you ask? Well, take a look at that creepy cover... and it is a horror story. Sometimes, I just can't resist!

In Darkness Released, Hailey's childhood home is set to be torn down. She is not nostalgic, or sad. She is happy that the house, along with all of its bad memories, will be put to rest. What she doesn't realize is that, once the house is gone, so is the protection surrounding her. A protection that her mother died for. The night the house is torn down, four days before her birthday, Hailey starts having vivid dreams Who are these horrible, rotting women showing themselves to her? And what is Hailey supposed to do when they start showing up when she is awake?

The best part was defintely the end of the story. I actually really appreciated the gesture at the end. It made a really nice, emotionally charged ending. I wish it had been drawn out a little longer, but I definitely appreciated it.

I hate writing negative reviews, I really do. And I hope that, if you are interested in the story, you will still check it out.