The Paladins (The Artisans #2)
By Julie Reece
Published on May 3, 2016
Source: Month9Books

The Artisan curse is broken. Souls trapped in a mysterious otherworld called The Void are finally released. Now, Raven Weathersby, Gideon Maddox, and Cole Wynter can finally move on with their lives...or so they thought. If the ancient magic is truly dead, then why are mystical fires plaguing Gideon at every turn? What accounts for Raven’s frightening visions of her dead mother? And who is the beautiful, tortured girl haunting Cole’s dreams?
Last year, a group of lonely teens sacrificed secrets, battled the supernatural, and faced their own demons to set one another free. Yet six months later, the heart of evil still beats within The Void. And the trio is forced to face the horrific truth: that their only way out is to go back in.
The Paladins completes this eerie YA Southern Gothic where loyalties are tested, love is challenged, and evil seeks them on the ultimate battlegrounds—in their minds, their souls, and their hearts.

Thank you, Julie Reece, for upping the creepiness in round two of The Artisans. Creepiness is a favorite thing of mine, and this book delivered. As a matter of fact, everything about The Paladins felt like it was upped a notch. And I loved it, so much!

The Paladins was a non-stop thrill ride. Magic abounds, with a nice little gothic-y vibe happening.  With multiple POV's (Cole, Raven and Gideon), done perfectly, we get to see things in so many different lights, it brings the story to a whole new dimension. Each POV is done well, and the switch offs are smooth.  After the events of The Artisans, even though things ended relatively well, I still had a few questions. Mostly, is it REALLY over? And I got my questions answered, and then some.

Raven is the same girl from book one, with her self-doubt but fierce stubborness. Gideon is as dark and brooding as ever, and incredibly aggravating. I loved these two in book one, and I love them even more this time.  But things are definitely different. And I adore Cole. It was wonderful getting to know him more, and I loved having his voice as one of the POV's.

I couldn't have asked for a better story than the one this author delivered. Julie Reece has such a strong voice, and quite the wonderful imagination. I knew when I read The Artisans that this would be an author to watch, and she cemented that fact with this sequel. Now that The Artisans series is complete, I very much look forward to whatever she has coming for us next. 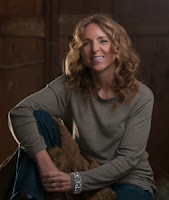 Born in Ohio, I lived next to my grandfather’s horse farm until the fourth grade. Summers were about riding, fishing and make-believe, while winter brought sledding and ice-skating on frozen ponds. Most of life was magical, but not all.
I struggled with multiple learning disabilities, did not excel in school. I spent much of my time looking out windows and daydreaming. In the fourth grade (with the help of one very nice teacher) I fought dyslexia for my right to read, like a prince fights a dragon in order to free the princess locked in a tower, and I won.
Afterwards, I read like a fiend. I invented stories where I could be the princess… or a gifted heroine from another world who kicked bad guy butt to win the heart of a charismatic hero. Who wouldn’t want to be a part of that? Later, I moved to Florida where I continued to fantasize about superpowers and monsters, fabricating stories (my mother called it lying) and sharing them with my friends.
Then I thought I’d write one down…

Hooked, I’ve been writing ever since. I write historical, contemporary, urban fantasy, adventure, and young adult romances. I love strong heroines, sweeping tales of mystery and epic adventure… which must include a really hot guy. My writing is proof you can work hard to overcome any obstacle. Don’t give up. I say, if you write, write on!