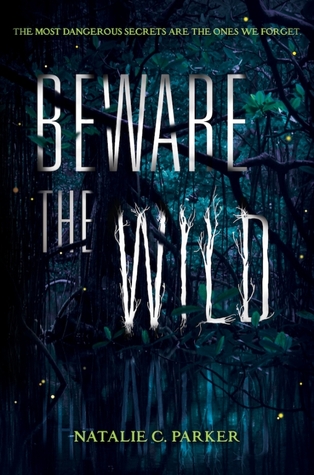 It's an oppressively hot and sticky morning in June when Sterling and her brother, Phin, have an argument that compels him to run into the town swamp—the one that strikes fear in all the residents of Sticks, Louisiana. Phin doesn't return. Instead, a girl named Lenora May climbs out, and now Sterling is the only person in Sticks who remembers her brother ever existed.
Sterling needs to figure out what the swamp's done with her beloved brother and how Lenora May is connected to his disappearance—and loner boy Heath Durham might be the only one who can help her.
This debut novel is full of atmosphere, twists and turns, and a swoon-worthy romance.


Beware the Wild was my first foray into YA swamp adventures, and I loved every second of it! Sure, there was silliness and weirdness galore, but every bit of it worked in the favor of this story, and made me love it all the more.

Sterling and her brother Phin have always been close, but lately something has been coming between them. After a fight that goes too far, Sterling watches her beloved brother jump over the fence in their backyard, and disappear into the swamp. A swamp that is said to be haunted, a swamp that people enter and never return from. After waiting all day for his return, staring over the fence, she finally glimpses someone. But that someone is not her brother, Phin. Her name is Lenora Mae, and all of a sudden, Sterling is the only one who remembers him. As far as everyone else is concerned, Phin never existed, and Lenora May has always been there, Sterling's sister. But Sterling isn't going to give up on Phin, no matter what anyone says, no matter how crazy she looks. So Sterling sets out to return Lenora May to the swamp, and bring her brother home. Not everything is as it seems in the swamp, though, and Sterling is in for the adventure of her life.

Sterling was a fun character! She is a tiny thing who is full of life. Sweet and naive, but fiercely determined, she stops at nothing to make things right. With the help of Heath, a friend that she thought was lost to her, and her best friend Candy who is just along for the ride, she learns the truth about the swamp... and the other people who have disappeared from town, and people's memories. Candy was a fantastic best friend for Sterling... Straight-forward and honest, unwilling to believe what she can't see with her own two eyes, she still did everything she could because she loved Sterling. And Heath was just too sweet. His and Sterling's relationship was fun to watch progress, and as sweet as sugar. I enjoyed all of the characters in this story. Lenora May was another favorite, and a great example of a character not always being what you expect. Natalie C. Parker has her characters down pat, and she also kicks butt at this little thing called world-building!
The swamp itself turned out to be a character all it's own. With it's strange lights, called The Shine, and it's weird creatures, the author brought the swamp to life and made it a thing to fear. I could close my eyes, and call up the sights and sounds, and that is a pretty amazing thing. Swamps need to make more of a presence in YA, because I think there are some amazing things to be done in that type of setting!
A wonderful little story, Beware the Wild! And thankfully the story doesn't end. It's companion novel, Behold the Bones, is all about Candy Pickens, and it is even better than Beware the Wild. Looking forward to reading Angela's story in book 3?! (That is not a fact, just something I am wildly hoping for )