Showing posts from November, 2015
Show all

Blog Tour ~ The Queen B* and the Homecoming King (The Queen B* #3) ~Review by Jaime and Giveaway!

The Queen B* and the Homecoming King (The Queen B* #3) By  Crista McHugh Published on December 1, 2015 Source: RockStar Tours The Queen B*, Alexis Wyndham, has only three rules when it comes to dating that star quarterback, Brett Pederson: 1. No obligations to spend every waking moment with each other. 2. No public displays of affection while at Eastline High. 3. And absolutely, under no circumstances, will she ever go to the Homecoming dance. But as her life is completely upended time and time again, she begins to wonder if some rules are meant to be broken. Add to Goodreads  |  Pre-order from Amazon   Book 1  |  Book 2 Confessions of THE Queen B*...   I have adored this series from the first pages of book 1. It is a silly, funny, romantic series, with some hard life lessons mixed in. The characters were maybe a little over-the-top, but also believable. The plot was silly, but wonderful in so many ways. Christa McHugh is an author I know I
Read more

I just wanted to wish everyone a Happy Thanksgiving! I am so incredibly blessed to have the amazing followers that I do. I am genuinely grateful for each and every one of you.  I am grateful for all of the amazing authors out there who share their hearts with us in each story they write! I am thankful for my friends in the real world, I don't know what I would do without y'all! God has blessed me abundantly, with a husband that is the perfect hubby for me and our four fur-babies. We have an amazing family that I couldn't have hand-picked better. Even though life is not always easy, even when I am unhappy or upset, I know that I am loved.  And most importantly, I am a Child of God, and He loves me more than I could ever understand.  I am thankful this year.... for so much!  ~Jaime~
Read more 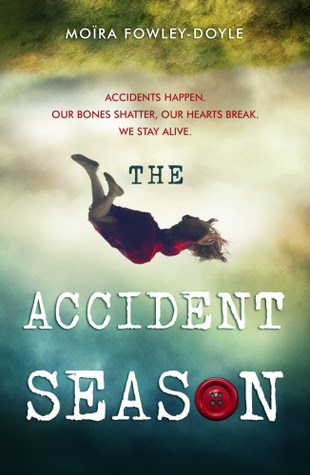 The Accident Season By  Moira Fowley-Doyle Published on August 18, 2015 Published by: Corgi Childrens Source: Library! It's the accident season, the same time every year. Bones break, skin tears, bruises bloom. The accident season has been part of seventeen-year-old Cara's life for as long as she can remember. Towards the end of October, foreshadowed by the deaths of many relatives before them, Cara's family becomes inexplicably accident-prone. They banish knives to locked drawers, cover sharp table edges with padding, switch off electrical items - but injuries follow wherever they go, and the accident season becomes an ever-growing obsession and fear. But why are they so cursed? And how can they break free? Add to Goodreads Purchase from Amazon   The Accident Season...  I am going to keep this review very short and very sweet. I absolutely loved this book, in so many ways! This author knows how to bring a character to life, and she has done i
Read more

Jaime Review's ~ A Study in Charlotte by Brittany Callavaro 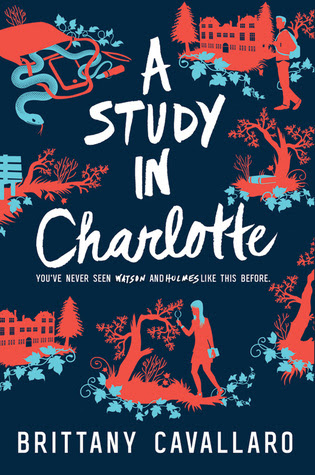 A Study in Charlotte By  Brittany Cavallaro Published on March 1, 2016 Published by: Katherine Tegen Books Source: Around the World ARC Tours The last thing sixteen-year-old Jamie Watson–writer and great-great-grandson of the John Watson–wants is a rugby scholarship to Sherringford, a Connecticut prep school just an hour away from his estranged father. But that’s not the only complication: Sherringford is also home to Charlotte Holmes, the famous detective’s enigmatic, fiercely independent great-great-granddaughter, who’s inherited not just his genius but also his vices, volatile temperament, and expertly hidden vulnerability. Charlotte has been the object of his fascination for as long as he can remember–but from the moment they meet, there’s a tense energy between them, and they seem more destined to be rivals than anything else. Then a Sherringford student dies under suspicious circumstances ripped straight from the most terrifying of the Holmes stories, and Jamie and C
Read more 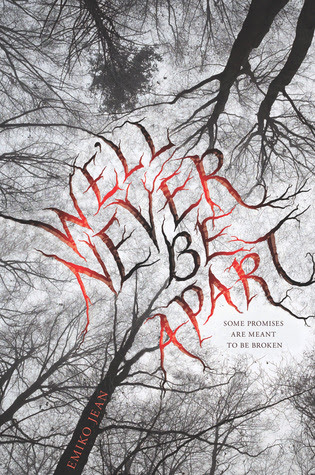 We'll Never Be Apart By  Emiko Jean Published on October 6, 2015 Published by: HMH Books for Young Readers Source: Edelweiss Murder.  Fire.  Revenge.  That’s all seventeen-year-old Alice Monroe thinks about. Committed to a mental ward at Savage Isle, Alice is haunted by memories of the fire that killed her boyfriend, Jason. A blaze her twin sister Cellie set. But when Chase, a mysterious, charismatic patient, agrees to help her seek vengeance, Alice begins to rethink everything. Writing out the story of her troubled past in a journal, she must confront hidden truths. Is the one person she trusts only telling her half the story? Nothing is as it seems in this edge-of-your-seat psychological thriller from the debut author Emiko Jean. Add to Goodreads Purchase from Amazon   We'll Never Be Apart ( mwahhahahaha )...  This book is the definition of a psychological mind booger... I love these kinds of stories, and this one was no exception. It was sus
Read more 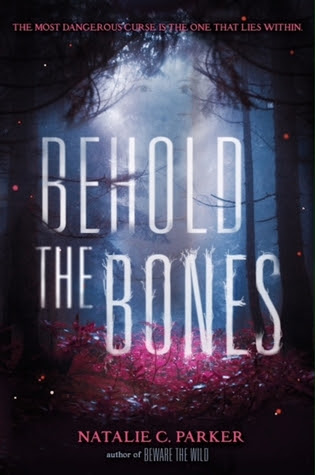 Behold the Bones (Beware the Wild #2) By  Natalie C. Parker Published on February 23, 2016 Published by: HarperTeen Source: Around the World ARC Tours Candace “Candy” Pickens has been obsessed with the swamp lore of her tiny Louisiana town for . . . forever. Name any ghostly swamp figure and Candy will recite the entire tale in a way that will curl your toes and send chills up your spine. That doesn’t mean Candy’s a believer, however. Even though she and her friends entered the swamp at the start of summer and left it changed, Candy’s the only one who can’t see or feel the magical swamp Shine. She’s also the only one who can’t see the ghosts that have been showing up and spooking everyone in town ever since. So Candy concentrates on other things—real things. Like fighting with her mother and plotting her escape from her crazy town. But ghosts aren’t the only newcomers in Sticks, Louisiana. The King family arrives like a hurricane: in a blur and unwanted—at least by Candy.
Read more 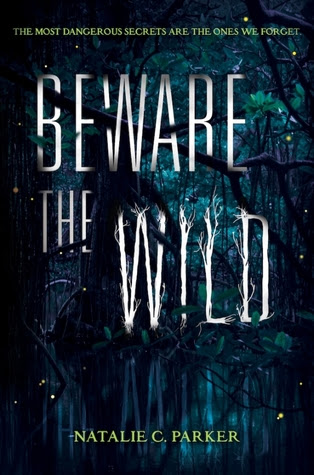 Beware the Wild (Beware the Wild #1) By  Natalie C. Parker Published on October 21, 2014 Published by: HarperTeen Source: Edelweiss It's an oppressively hot and sticky morning in June when Sterling and her brother, Phin, have an argument that compels him to run into the town swamp—the one that strikes fear in all the residents of Sticks, Louisiana. Phin doesn't return. Instead, a girl named Lenora May climbs out, and now Sterling is the only person in Sticks who remembers her brother ever existed. Sterling needs to figure out what the swamp's done with her beloved brother and how Lenora May is connected to his disappearance—and loner boy Heath Durham might be the only one who can help her.  This debut novel is full of atmosphere, twists and turns, and a swoon-worthy romance. Add to Goodreads Purchase from Amazon   Beware the Wild... The Short & Sweet...   Beware the Wild was my first foray into YA swamp adventures, and I loved every second
Read more 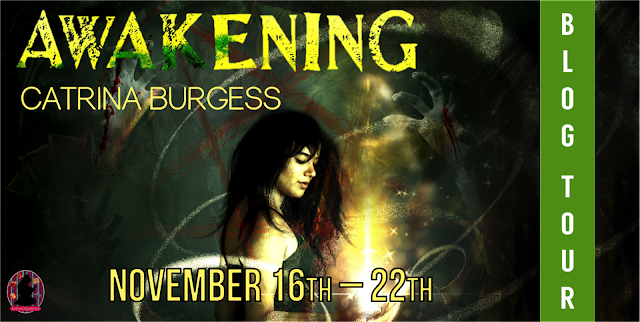 Awakening  (The Dark Rituals #1) by  Catrina Burgess Publisher: Full Fathom Five Digital Release Date: October 7th 2015 Genre: Young Adult, Paranormal, Romance, Supernatural, Horror, Fiction, Fantasy Rate: 3 Stars!!! Synopsis: In Awakening, the first installment in the Dark Rituals series, a former healer turns to the Death Arts to seek revenge. Seventeen-year-old Colina was born a healer. But after a horrific event forces her to leave her clan, she becomes desperate to learn the dark magic of the death dealers, mages who draw their power from the spirits of the dead. Colina was taught to fear and hate death dealers, but becoming one of them is the only way for her to get the revenge she seeks—and the only way for her to survive. Colina asks a young death dealer named Luke to help her, but he’s reluctant to train her in the Death Arts. Little does she know convincing him to teach her will be the easiest part of her journey. To become a death dealer, Colina
Read more

Dark Shadows By  Toni Vallan Published on November 16, 2015 Published by: Infinite Ink Books Source: Netgalley My name’s Ella Raimi. Until last week, my life was pretty normal for a sixteen-year-old. Until I spent that awful night trapped in the janitor's closet in utter darkness. Until the dreams began — suffocating, panic-filled dreams. My best friend Kyla stays with me, but the dreams still continue. And I wake each morning with cuts & burns on my skin. I don’t recall inflicting them. And then there is the blood on my hands and my sheets when I wake up. I’m afraid of myself and what I've done. And I'm beginning to be more afraid of Kyla. And what she will do. Genre :Horror/Thriller Add to Goodreads  |  Purchase from Amazon Dark Shadows...   In case you don't know this about me, I am a horror fan. I love horror, psychological thrillers... Anything of the sort. When I saw Dark Shadows on Netgalley (THANKS NETGALLEY!), I thought th
Read more 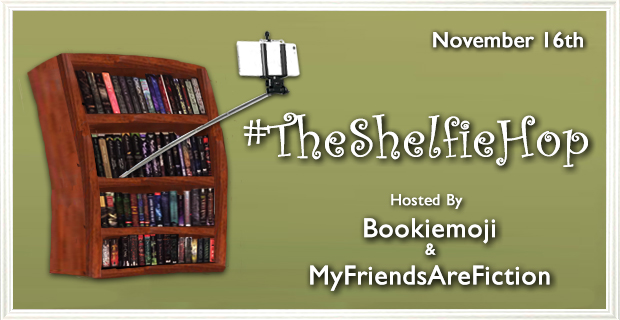 Hi y'all! Welcome to my (very messy, double and triple-stacked) shelves! And the cedar chest that acts as my overflow bookshelf. I have big plans for shelves that will fit all of my books, but I have to find time to build them.. Dreams! Anyway, enjoy the view! For one lucky peruser, enjoy a book (or maybe two, from my shelf to yours! Without further ado... My Shelves! Here's the Giveaway, if you are interested... a Rafflecopter giveaway Follow the rest of the #TheShelfieHop... Bookiemoji My Friends Are Fiction Between Fantasy and Reality The Literary Hedonist Books and Ladders Bellsiebooks Let's Take A Shelfie The Bookkeeper's Apprentice In Love With Handmade Ex Libris Just Another Bookish Blog MHDeanCollectibles Here's to Happy Endings DEA LENIHAN'S BLOG A Tree Grows in Bookland BookCatPin Please Feed the Bookworm Perks of Being a Book Nerd Bookmark Lit Christina Writes
Read more
More posts