By Sarah A. - August 24, 2015
We're pleased to spotlight Resist, the second book in Tracy Lawson's dystopian series, Resistance.  Keep reading to check out a Q&A with Tracy! 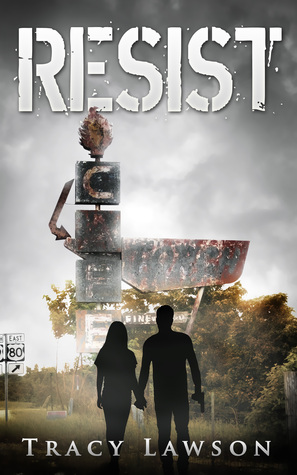 Knowledge comes with a price.

Tommy and Careen are no longer naive teenagers who believe the Office of Civilian Safety and Defense’s miracle antidote can protect them from a terrorist’s chemical weapons. After accidentally discovering the antidote’s real purpose—to control citizens’ thoughts and actions--they join the Resistance to fight back.

They soon realize that being part of the Resistance brings with it a whole new set of challenges. Not everyone working for change proves trustworthy, and plans to spark a revolution go awry, with grave consequences. Tommy and Careen's differing viewpoints threaten to drive a wedge between them, and their budding relationship is tested as their destinies move toward an inevitable confrontation with the forces that terrorize the nation.

Where does love fit in when you’re trying to overthrow the government?


What was the inspiration behind The Resistance Series?

I was mentoring a friend of my daughter’s when the initial idea for Counteract came about. Chase is a pretty sharp guy and an excellent writer—and when he was in high school I had a lot of fun working with him and editing some of his short stories. We had finished working on a story about baseball, a broken nose, and a broken heart, and were ready to start something new, when he suggested we write scenes in response to the prompt: “What if everyone were on LSD and all thoughts were communal?” It was certainly thought provoking! Chase created the characters Tommy and Eduardo, I created Careen, and right away, we knew we were onto something. Obviously, the story morphed and changed a lot before it became the finished version of Counteract—but that was how it all began.

What do you enjoy about this series that cannot be found in any of your other books?

The Resistance Series is my first published fiction. My other book, Fips, Bots, Doggeries, and More, is based on a journal kept by my great-great-great grandfather during his family’s 1838 horse and wagon trip from Cincinnati to New York City.

I did a ton of research before writing that book, and amassed two filing cabinet drawers full of information related to the 22-page journal! During the publication process, I nearly went crazy double-checking all my facts and citations, and by the time the book went to print, I never wanted to see another footnote. Fiction? Yes, please!

Now that I’ve had a little break from footnotes, I’m enjoying writing another nonfiction history book. I’m planning to merge my two favorite genres and write some YA historical fiction sometime after I finish the Resistance Series.

The main characters in The Resistance Series are Tommy and Careen. Where did you find your inspiration for them?

My characters are a little bit of me, and little bits of people around me, but as I spend time with them in the context of the story, they become less like people in the real world; I don’t stop developing them until they are individuals: unique and unlike anyone else.

Chase created Tommy, and at first I wasn’t as close to him as I was Careen. That changed as I wrote more scenes for Tommy—especially the scene when he and Careen meet. His reactions and his choices came from inside me; before long, he was unique and independent of any outside influence.

What do you hope readers take away from this book?

First and foremost, I want readers enjoy the story! I hope they relate to Tommy and Careen, and look forward to reading the next installment in the series.

Books for young adults often reflect the reader’s need to question authority and rebel against the rules set down by older generations; the Resistance Series looks at what can happen when people surrender our civil liberties in exchange for the promise of safety and security.

I hope readers understand that protagonists in dystopian books are often branded as outcasts or rebels because they question the restrictive rules of their societies—and that individuals who change the world rarely do so by going along with the herd.

What kind of research did you do for the series?

Please don’t call the police if you see what’s in my browser history! I’ve Googled the effects of various controlled substances, different types of explosives, and interrogation techniques.

I learned to shoot a handgun so that my characters’ first experiences with weapons would be authentic. At first it was scary, but now I enjoy going to the target range. I’m no Annie Oakley yet, but I’m at least as good as Scarlett O’Hara, who once saucily told Rhett Butler, “I can shoot straight, if I don’t have to shoot too far.”

Do you have any interesting writing quirks?

I like to write with pen and paper—preferably outside. I sit quietly until one of the characters starts to speak, and then I write down what they say. Some days I’ll scribble for pages and pages, and when I look at the clock I’ll be surprised how much time has flown by! I usually let those pages sit for at least a few hours, sometimes a few days, before I transcribe them into the computer, and that’s where the scenes really begin to take shape.

Tell us where we can find your book and more information about you.

My books are available on Amazon.com in paperback and Kindle, and on Barnes & Noble’s online store. If you live near Columbus, Ohio, you can buy signed copies of my books at three independent stores: The Book Loft of German Village, Mary B’s, and Urban Emporium.

You can get the behind-the-scenes scoop on all things Resistance Series, see book trailers, and check out my blog at http://counteractbook.com. You can also find me on Twitter @TracySLawson and on Instagram as TracyLawsonAuthor. 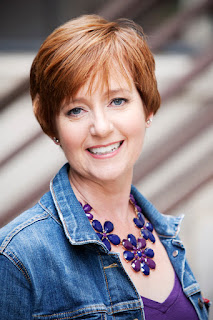 Tracy Lawson is an award-winning author of two nonfiction books, and The Resistance Series is her first in the world of young adult novels. Tracy lives in Dallas with her husband, daughter and three spoiled cats.