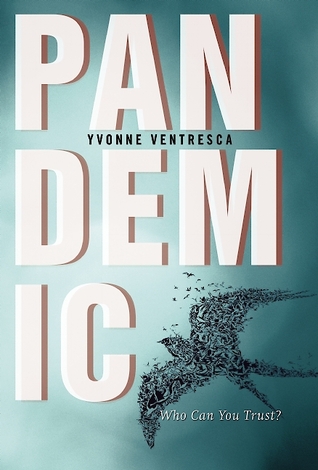 Even under the most normal circumstances, high school can be a painful and confusing time. Unfortunately, Lilianna's circumstances are anything but normal. Only a few people know what caused her sudden change from model student to the withdrawn pessimist she has become, but her situation isn't about to get any better. When people begin coming down with a quick-spreading illness that doctors are unable to treat, Lil's worst fears are realized. With her parents called away on business before the contagious outbreak-her father in Delaware covering the early stages of the disease and her mother in Hong Kong and unable to get a flight back to New Jersey-Lil's town is hit by what soon becomes a widespread illness and fatal disaster. Now, she's more alone than she's been since the "incident" at her school months ago.

With friends and neighbors dying all around her, Lil does everything she can just to survive. But as the disease rages on, so does an unexpected tension as Lil is torn between an old ex and a new romantic interest. Just when it all seems too much, the cause of her original trauma shows up at her door. In this thrilling debut from author Yvonne Ventresca, Lil must find a way to survive not only the outbreak and its real-life consequences, but also her own personal demons.

Pandemic is a great page turner that's quick to read and sucks you in to Lil's world as she deals with not only her own issues, but a fatal outbreak of the "blue flu". Lil has been through some traumatic events in her own life and is still struggling with them -- so the outbreak of the flu is just another huge challenge for her.

I really found myself rooting for Lil throughout -- for her to get the guy, cope with her issues, survive the outbreak, whatever.  She was the kind of character you want to find happiness and be successful, and the very logical way that she dealt with everything made me like her even more.

For being a story that involves a lot of death, it's still a fairly clean/not-scary read and definitely appropriate for teen readers. Very little is described in detail and there's nothing gory about any of the deaths.

The characters all felt very realistic, especially as we learn more about them as the story goes on. The way Lil's friends reacted to her traumatic even is, sadly, very true to life, and the way Lil began to hide herself away and withdraw from the things she normally enjoyed was realistic as well.  The author takes great care to make it clear that the people judging/blaming Lil for what happened to her are wrong, which was good, because too often in YA, I see books that even inadvertently victim-blame. Also, I loved the way Lil's parents were written. Even though they're absent for much of the book, you can tell that they very deeply care about her, as opposed to many other terrible examples of YA parents I've seen in books.

As an aside, lots of people on Goodreads have tagged this as a dystopia or a post-apocalyptic story.  I don't think it fits either bill -- we're not in some alternate universe where the government is giving people the flu for funsies, and the world hasn't collapsed.  Things are obviously chaotic, because of the flu pandemic, but ... like, is there a genre for "disaster stories"? If so, that's where Pandemic fits.