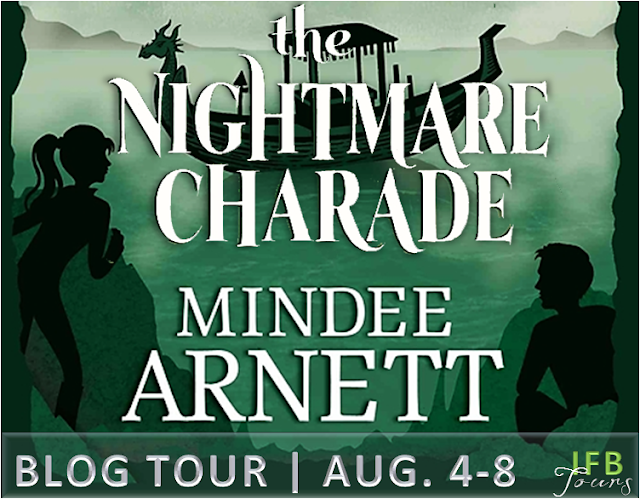 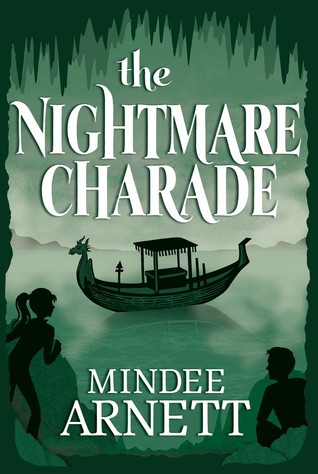 The final installment in a thrilling fantastical mystery series.
Sixteen-year-old Dusty Everhart breaks into houses late at night, but not because she’s a criminal. No, she’s a Nightmare. Literally. Dusty is a magical being who feeds on human dreams.
Being the only Nightmare at Arkwell Academy, a boarding school for magickind, and living in the shadow of her mother’s infamy is hard enough, not to mention the crazy events of the past year. Dusty may have saved the day, but there are many days left in the year, and with an old foe back to seek revenge, she'll need all her strength to defeat him and save her friends.
Mindee Arnett thrills again in this stunning final installment in the Arkwell Academy series.

And the verdict is...

When the first book, the Nightmare Affair, first came out, I brought it home from the library and started reading it. I was enjoying it, but something happened and I never got to finish. When I finally picked it up again, I could not put it down. It stinks that I never finished back then, but it turned out to be a great thing because I didn't have to wait too long for this amazing conclusion to one of my favorite series! The Nightmare Charade is everything the first two books were, and more, and Mindee Arnett has made a fan for life!

This series has thrown me for several loops, touched on every emotion. This final book in the story maybe more so than the first two. Laughter, lots of anger, fear... worry. I loved it all. Dusty and Eli have faced a lot, but in this book they are facing more than just another mystery. They are facing a curse, and a school full of people trying to keep them apart. They struggle, they fight. But they are Dusty and Eli, through and through. I rooted for this couple from page one of book one, and I rooted for them until the end. Mindee scared the crap out of me towards the end, but I am incredibly happy with the ending of this fantastic series. Selene and Lance, even questionable at times but definitely lovable Paul, are great secondary characters. The Dream Team is facing the biggest challenge yet. I loved the dynamic between them, the way they worked together and stuck together. I couldn't have asked for a better set of characters.

Action and adventure,  creepiness and romance! The Nightmare Charade has it all. I loved every second of this story, and I am very happy with the ending. I am incredibly sad to be saying goodbye to this series, but it makes it bearable knowing that its ending was everything that I had hoped it would be. If you haven't started this series yet, I would absolutely recommend it!

YA Author of THE NIGHTMARE AFFAIR, a contemporary fantasy coming March 5, 2013 from Tor Teen (Macmillan) and AVALON, a YA sci-fi thriller coming Winter 2014 from Balzer+Bray (HarperCollins). Represented by the fabulous Suzie Townsend of New Leaf Literary. Addicted to jumping horses and telling tales of magic, the macabre, and outer space.