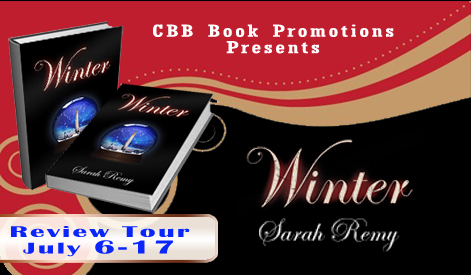 Welcome to my tour stop for Winter by Sarah Remy! Winter is the first book in The Manhattan Exiles series and is a New Adult Urban Fantasy (16+ for violence and language). This is a review tour that runs July 6-17th.   Check out the tour page for the full schedule. 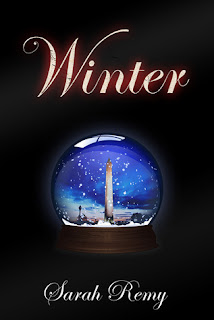 Winter’s not your ordinary teenager.

While trying to rescue his Sidhe family from exile, he mistakenly unleashes the monstrous Dread Host upon humankind.

Winter’s mother wants nothing more than to find a way to break the curse keeping the Sidhe imprisoned on Manhattan. New York City is driving Winter’s father slowly mad. Winter’s sister wears Chanel and longs for a Fairy Court she’s never seen. And Winter’s mentor is a talking mouse.

Winter wants to save the world.

When he discovers an unlikely changeling lost in the subway, Winter realizes he’s been given a chance to finally banish the Host, and maybe even save his family. But the changeling isn’t quite what she seems, and Winter’s already unstable world begins to spiral out of control.

I don't read a lot of Urban Fantasy, but I would definitely venture to put Winter into this category. And after reading it, I definitely wouldn't mind stepping into the genre more in the future! Plus, it is a story of the Fae, and that is always something I am up for. Winter hit the nail on the head, and I enjoyed it very much. While it did drag at times, the story was intriguing, the characters wonderfully developed, and the plot interesting.

I love the human world as seen by the fae in Winter. And when a Fae girl, Aine,  is suddenly thrust into the mortal world, her eyes are opened to a place she never expected to see. And while she was understandable scared, she was tough and took a place in it rather than letting it beat her. Winter, our title character, was FANTASTIC. Tough, snarky exterior, but with a heart that wants nothing more than to protect those he loves, and right the wrongs of his past. He has a very unique disability, that intrigued me from the get go. I enjoyed learning more about this boy who holds the worlds on his shoulders.  Richard, resident mechanic and all around awesome dude, and Lolo, the young dread-locked youngest of the crew,  are humans friends of Winters, and they are like family, with the protection of a mouse named Gabby, who used to be a Fae woman. We meet many more characters as the story progresses, some Fae and some human, and they each add another layer to the story. Not a character is wasted.

What an interesting tale this was! From living underground, in forgotten train depots, to the poshest hotels in the Soho district, to Gloriana's fae world, Winter takes us on a heart stopping, nail biting adventure, and I enjoyed it thoroughly. I very much look forward to continuing this story, and I hope we get the second book sooner rather than later.

Winter was truly a great read! I would have no problem recommending this one to anyone. It is on the darker side, so if that isn't your kind of thing, tread lightly. Otherwise, full steam ahead!

In 1994 Sarah Remy earned a BA in English Literature and Creative Writing from Pomona College in California. Since then she’s been employed as a receptionist at a high-powered brokerage firm, managed a boutique bookstore, read television scripts for a small production company, and, more recently, worked playground duty at the local elementary school.

When she’s not taking the service industry by storm, she’s writing fantasy and science fiction. Sarah likes her fantasy worlds gritty, her characters diverse and fallible, and she doesn’t believe every protagonist deserves a happy ending.

Before joining the Harper Voyager family, she published with EDGE, Reuts, and Madison Place Press.

Sarah lives in Washington State with plenty of animals and people, both. In her limited spare time she rides horses, rehabs her old home, and supervises a chaotic household. She can talk to you endlessly about Sherlock Holmes, World of Warcraft, and backyard chicken husbandry, and she’s been a member of one of Robin Hobb’s longest-running online fan clubs since 2002.

Find Sarah on Twitter @sarahremywrites, and on Tumblr at huntpeck.


This event was organized by CBB Book Promotions.