Jaime Spotlights ~ While You Were Gone by Amy K. Nichols + A Giveaway! 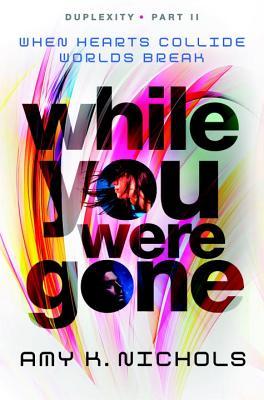 While You Were Gone
By Amy K. Nichols
Published on August 4, 2015
Published by Knopf Books for Young Readers
Source: Netgalley

An artist without a cause meets a rebel without a clue.
Eevee is a promising young artist and the governor’s daughter in a city where censorship is everywhere and security is everything. When a fire devastates her exhibition—years in the making—her dreams of attending an elite art institute are dashed. She’s struggling to find inspiration when she meets Danny, a boy from a different world. Literally.
Raised in a foster home, Danny has led a life full of hurt and hardship until a glitch in the universe changes everything. Suddenly Danny is living in a home he’s never seen, with parents who miraculously survived the car crash that should have killed them. It’s like he’s a new Danny. But this alternate self has secrets—ties to an underground anarchist group that have already landed him in hot water. When he starts to develop feelings for Eevee, he’s even more disturbed to learn that he might have started the fire that ruined her work.
As Danny sifts through clues from his past and Eevee attempts to piece together her future, they uncover a secret that’s bigger than both of them. . . . And together, they must correct the breach between the worlds before it’s too late.

In a parallel universe, the classic bad boy falls for the class science geek.
One minute Danny was running from the cops, and the next, he jolted awake in an unfamiliar body - his own, but different. Somehow, he's crossed into a parallel universe. Now his friends are his enemies, his parents are long dead, and studious Eevee is not the mysterious femme fatale he once kissed back home. Then again, this Eevee - a girl who'd rather land an internship at NASA than a date to the prom--may be his only hope of getting home.
Eevee tells herself she's only helping him in the name of quantum physics, but there's something undeniably fascinating about this boy from another dimension... a boy who makes her question who she is, and who she might be in another place and time.

"The perfect blend of sci-fi and swoons, Now That You're Here is like no other book I've read. Riveting, romantic and utterly original, it kept me up late!"  --Amie Kaufman, author of These Broken Stars

"Dynamic, dizzying, and downright daring, Now That You're Here kept me guessing until the end, and ready for the next." --Shannon Messenger, author of Let the Sky Fall 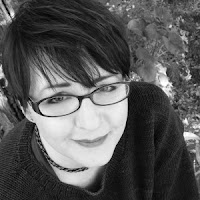 Amy K. Nichols has been crafting stories for as long as she can remember. She is the author of YA science fiction novel Now That You're Here, to be published by Knopf December 9, 2014. The follow-up, While You Were Gone, will be published in 2015. She is mentored by award-winning crime novelist James Sallis and lives on the edge of the Sonoran desert with her husband and children. Amy is a member of SCBWI and SFWA, as well as the Class of 2K14 debut authors. Visit her online at http://www.amyknichols.com.