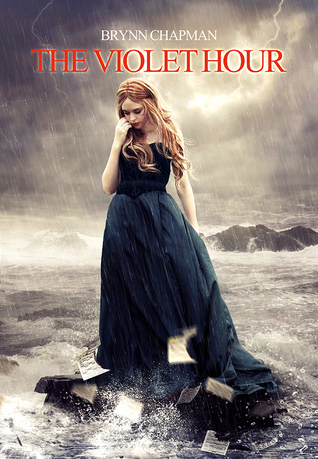 Secrets.
Allegra Teagarden, a musical prodigy, flees her father’s dominance and abuse while touring in pre-civil war Charleston, South Carolina. Plagued by depression over her mother’s suicide during their previous visit, she escapes in an effort to piece together the details behind her mother’s mysterious demise.
Secrets.
Down to her final coin, Allegra happens on Charleston’s Fancy, the first southern amusement park, which is searching for musicians for its orchestra. At first, the park seems her salvation; but she quickly realizes she has traded the dominance of her father, for the even more terrifying madness of the owner, Silas.
And more secrets.
Allegra meets the dashing Brighton LeFroy, Fancy’s engineer and pyrotechnics master. His shabby clothing cannot conceal the brilliant mind beneath. The musician’s whisper he is a witch, is obsessed with storms, and is rumored...to fly. And despite the danger, despite her own misgivings, Allegra is inexplicable drawn to him.
She ventures to his reclusive home on Fire Isle during a thunderstorm and together they seek to unravel an ancient mystery.

I read and absolutely ADORED Boneseeker by Brynn last year, and I vowed to read everything that Brynn Chapman writes from now on. It was honestly that good! When I saw the tour for The Violet Hour, I jumped all over it, without ever reading the synopsis. Didn't need to. It's Brynn Chapman! No wrong can be done! And I was right. I ADORED The Violet Hour. I will go ahead and apologize now for all previous and future exclamation points!!!

So sorry about the delay in getting this review written. :( We have had some serious storms lately, and our power was out for almost 3 days, for the second time in as many weeks. Very frustrating. And very HOT without AC. Anyway, while I have power still *crossing fingers, knocking on wood*, here is my review!

Allegra is in Charleston, SC, set to perform on stage, as her father demands since she is where his coin comes from, when she finally decides she has had enough. She runs, off the stage and into the crowded Charleston streets, and meets up with her lady's maid, Sarah and together with hardly anything between them, they start a new life. Allegra is a cello prodigy, and she finds herself a position at Charleston's Fancy, an amusement park for the wealthy ran by the evil Silas, playing in the orchestra. There, she meets Jonesy, who is her fast friend, and maybe a love interest for a certain ladies maid?! She also meets Mr. Lefroy, and she is instantly drawn to him. Allegra is hunted, and LeFroy is haunted, and together things are going to change in ways they never could have imagined.

I am usually not a huge fan of historical fiction, but this is the second by Brynn Chapman that has sucked me in and held on tight, then spit me out the other side wanting MORE! Allegra was a fantastic character. Her father and brother are abusive, and horrible to her, especially after her mother passes. Then she finds herself at the mercy of Silas, who wants to own her and use her, as well. Yet, as frustrated and scared as she gets, she never gives up fighting. When she meets Brighton (LeFroy), she knows she ought to stay away, but she cannot even though he has secrets. Brighton was a very enigmatic character, and I loved that mystery that surrounded him. His and Allegra's romance seemed fast-moving, but it felt natural as well. I loved them together, and the things they were able to accomplish. Other characters side note: Sarah, Jonesy, Lucy and George (Brightons sister and brother) and Allegra's deceased mom all play large roles in the story, even when there parts are small, and they are all very well-written secondary characters.

The sci-fi/fantasy part of the novel revolves around parallel dimensions. It was fascinating, how it came into play and the story behind its discovery. I loved this part of the book, but it is also where my one frustration lies. I wish there were MORE of it, and maybe a little more overall development with this aspect. I am hoping there will be a second book in the series, and it will be covered more in depth. Also, with that ending? How could that be the end? IT just CAN'T!

Brynn Chapman has easily earned a spot in my favorite authors list, and I very much look forward to whatever she has for us next. Her writing is sharp, and smart and easily draws the reader in to the lives of the characters. Her characters are written with depth, and personality, relate-ability. I was pulled into this world, and could close my eyes and see the settings, the fancy-dressed well-to-do's oohing and aahing over the Fancy. I could feel Allegra's fear and worry and sadness, Brighton's anger and heartache and their combined hope. From beginning to end, The Violet Hour was just oh so good!

I would absolutely, without a doubt recommend this book to anyone who likes historical fiction, science fiction and romance, one or all three! Thank you so much to YA Bound tours for allowing me to be a part of the tour! Looking forward to whats next, Ms. Chapman! 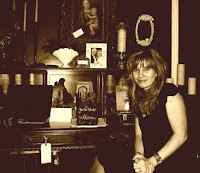 Born and raised in Western Pennsylvania, Brynn Chapman is the daughter of two teachers. Her writing reflects her passions: science, history and love - not necessarily in that order. In real life, the geek gene runs in the family, as does the Asperger's Syndrome. Her writing reflects her experience as a pediatric therapist and her interactions with society's downtrodden. In fiction, she's a strong believer in underdogs and happily-ever-afters. She also writes non-fiction and lectures on the subjects of autism and sensory integration and is a medical contributor to online journal The Age of Autism.