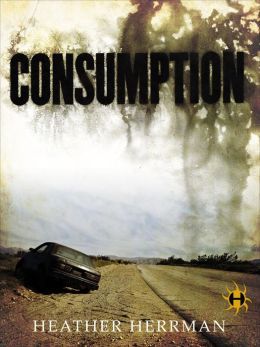 For fans of Stephen King, Joe Hill, and Sarah Langan comes a thrilling new vision of American horror. In Heather Herrman’s heart-pounding debut novel, evil is ready to feed—and it’s got one hell of an appetite.

In the wake of tragedy, John and Erma Scott are heading west in search of a new life. So when car trouble strands them in sleepy Cavus, Montana, they decide to stay for a while, charmed by the friendly residents and the surrounding ambiance. Here, they hope, is the healing balm that their marriage needs.

Then John and Erma find themselves in a fight not just to save their marriage, but their very lives. For this is no ordinary town. Its quiet streets conceal a dark and bloody secret that has slumbered for centuries. Now, that secret is awake . . . and it’s hungry.

Like a slow infection, evil is spreading through Cavus. Soon John and Erma—along with the local sheriff, an undocumented immigrant, a traumatized teenage girl, and an old man with terrible secrets of his own—must join together to battle an all-consuming force that has set its sights on its prey: the entire human race.


If you know me as a reader, you know that I love myself a good horror novel.  Like, sure, I will read dystopian stuff and historical fiction and suspense and psychological thrillers until the cows come hope.

But give me a good, gory horror novel and I am sold.

Consumption hit all those marks for me -- the slow creeping fear of wondering what's going on and when the other shoe is going to drop, and then the all-out mayhem as all hell breaks lose.  I am not one who gets creeped out easily, but this definitely was a book I tried to read in the bright of day.  The dark, foreboding scenes where you know something bad is going to happen aren't necessarily great bedtime stories.

In Consumption, we get several stories that all end up coming together.  There's the modern day Cavus, with unhappy visitors John and Erma just trying to get through the night so they can get themselves back on the road.  And then there's the story of old Cavus and the evil that lurks in it, which we discover largely through flashbacks and the journal entries from someone who happened to be around in Cavus a very, very long time ago.

In ways, I thought the backstory/journal section was the weakest, only because it disrupted the flow of the story, forcing you to pause and backtrack.  Then again, I don't know of a better way to have gotten the information across, and knowing the horror that's going to befall Cavus before the story ever gets to that point is good enough to keep you nice and worried.

The story flows very easily and aside from the jump to the past to get the backstory, is always moving forward towards the inevitable. The cast of characters is easy to keep track of, and they're all given their own personalities and flaws. No one is perfect in Consumption; they're just all trying to stay alive.

Some notes for readers - aside from your typical zombie-style violence (gore, death, bodily horror), the book also includes a subplot involving a woman having a miscarriage, infidelity, animals and children in peril, one reference/threat of abuse to a child, and a subplot involving a much older woman wanting to be involved with a teenage boy.  I would say that this is definitely a book for more mature readers and people with strong stomachs.

Thanks to TLC Tours for having us on their tour!