In the Beginning There Was Us by Ingrid Jonach Book Blitz by Jaime! 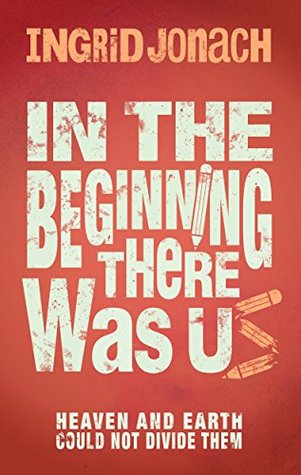 In the Beginning There Was Us
By Ingrid Jonach
Published on April 28, 2015

What would you do if you were God? If you had the power to not only give life, but take it away in the blink of an eye? These are the questions that plague fifteen-year-old Abbey Baxter after she resurrects a boy, long lost to the ages.
The achingly beautiful and eternally melancholy Cole not only serves as a welcome distraction from her long-time crush, Elwin, but also eases the heartache that persists since the sudden passing of her younger brother, Junior, four years earlier.
As the intrigue of her relationship with Cole deepens, so too does the mystery that surrounds a growing phenomenon sweeping through her small West Virginian town, transforming the lives of its residents. Around her, two bedroom cottages are transforming into mansions without explanation and residents are waking up to bank balances that have tripled overnight, all under the watchful gaze of the sinister American Laboratory for Particle Physics, located on the outskirts of town.
As Abbey searches for answers in a bid to solve the mystery in partnership with Elwin, she’s forced into a realization that that some things are better left buried, including her newfound love, Cole.
This cautionary tale of heartache and obsession explores the endless possibilities of the universe and its devastating impact on two young lovers from different worlds.

Excerpt from Chapter One

I WAKE TO the sound of sirens and a bedroom lit up, as if by fireworks on the Fourth of July.
I blink owlishly at the ceiling for a moment or two, before I throw back the covers and crawl across my bed to peer through my window at the blue and red flashing lights of a police car and a fire engine. They’re followed moments later by an ambulance and two more police cars.
The five vehicles careen around the corner, like clown cars off to throw confetti on a fake fire, and I realize that they’re headed in the direction of the Lab.
The American Laboratory for Particle Physics—as it’s officially called—is located on the outskirts of our small town and employs at least a third of the population, including my dad.
The Lab has also put our town on the map as the least visited town in the country, unless you count the protesters that camp on the outskirts of Albert Falls. No one else wants to be within a hundred mile radius of the largest particle accelerator in the United States.
I watch through my window as the surrounding houses light up one by one, like fireflies at dusk. It’s more like dawn though. I glance over at the digital clock that sits on my chest of drawers. Yep. 3.46am.
I open the sash and a warm breeze ruffles my curtains as I strain to hear the now distant sirens, which intermingle with the sound of screen doors slamming and neighbors yelling at barking dogs.
I’m suddenly blinded by the bedroom light above my head.
“Pack your bags, Abbey.”
“What?” I ask, turning and rubbing one of my eyes with the heel of my hand.
“Now,” my dad says. I hear his shoes clomp down the hallway and it registers that he’s already dressed.

Her young adult sci fi romance novels When the World was Flat (and we were in love) and In The Beginning There Was Us are available now.

She is also the author of the picture book A Lot of Things and the chapter books The Frank Frankie and Frankie goes to France published by Pan Macmillan Australia.

Ingrid has worked as a journalist and public relations consultant, and has a Bachelor of Arts in Professional Writing with Honors in Communications.

She lives down under - in Canberra, Australia - with her husband Craig and their pug dog Mooshi.