Showing posts from May, 2015
Show all

Spelled by  Betsy Schow Publisher: Sourcebooks Fire Release Date: June 2nd 2015 Rate:   4 Stars!  Synopsis: Fairy Tale Survival Rule #32: If you find yourself at the mercy of a wicked witch, sing a romantic ballad and wait for your Prince Charming to save the day. Yeah, no thanks. Dorthea is completely princed out. Sure being the crown princess of Emerald has its perks—like Glenda Original ball gowns and Hans Christian Louboutin heels. But a forced marriage to the brooding prince Kato is so not what Dorthea had in mind for her enchanted future. Talk about unhappily ever after.  Trying to fix her prince problem by wishing on a (cursed) star royally backfires, leaving the kingdom in chaos and her parents stuck in some place called "Kansas." Now it's up to Dorthea and her pixed off prince to find the mysterious Wizard of Oz and undo the curse...before it releases the wickedest witch of all and spells The End for the world of Story. This
Read more 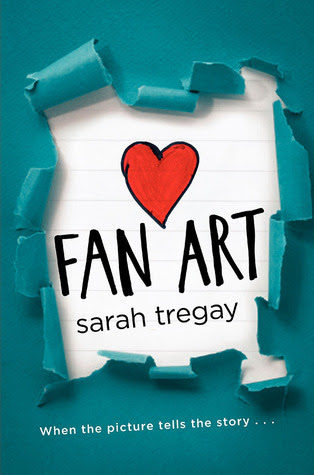 Fan Art By  Sarah Tregay Published 17 June 2104 Published by Katherine Tegen Books Source: Publisher When the picture tells the story… Senior year is almost over, and Jamie Peterson has a big problem. Not college—that’s all set. Not prom—he’ll find a date somehow. No, it’s the worst problem of all: he’s fallen for his best friend. As much as Jamie tries to keep it under wraps, everyone seems to know where his affections lie, and the giggling girls in art class are determined to help Jamie get together with Mason. But Jamie isn’t sure if that’s what he wants—because as much as Jamie would like to come clean to Mason, what if the truth ruins everything? What if there are no more road trips, taco dinners, or movie nights? Does he dare risk a childhood friendship for romance? This book is about what happens when a picture reveals what we can’t say, when art is truer than life, and how falling in love is easy, except when it’s not. Fan Art explores the joys and pains of frien
Read more

Follow the Tour Here! Joshua and the Lightning Road By  Donna Galanti Published on May 19, 2015 Published by Month9Books, LLC.  Stay away from the windows, don't go outside when it's storming and whatever you do, do not touch the orb.  Twelve year old Joshua Cooper's grandpa has always warned him about the dangers of lightning. But Joshua never put much stock in his grandpa's rumblings as anything more than the ravings of an old man with a vast imagination. Then one night, when Joshua and his best friend are home alone during a frightful storm, Joshua learns his grandpa was right. A bolt of lightning strikes his house and whisks away his best friend - possibly forever.  To get him back, Joshua must travel the Lightning Road to a dark place that steals children for energy. But getting back home and saving his friend won't be easy, as Joshua must face the terrifying Child Collector and fend off ferocious and unnatural beasts intent on destroy
Read more

Title: Midnight Author: Eve Eschenbacher Publisher: Booktrope Publication Date: May 11, 2015 Purchase Links: Amazon ~ Barnes & Nobles Genre: Young Adult When ordinary girl, Karen, waits out her last year of high school, she hopes for magic. Her small town has nothing for her and she longs for adventure, which she finds at a party of all places. Finally away from the small town minds she meets someone new. Someone, who with a few scratches of ink on her skin, awakens a part of her she never knew about. All of a sudden Karen is shown a whole new world, and Gabriel wants her to make it hers. All she has to do is love him eternally. Her new life is magical and amazing, until her new powers bring a new threat. Can she do what needs to be done? The sacrifices and decisions that will need to be made--Is she strong enough?        Eve's Ten Things I Can't Live Without List! 1. Thinking putty. I always have a chunk of putty on me, and I’ll squis
Read more

In the Beginning There Was Us by Ingrid Jonach Book Blitz by Jaime! 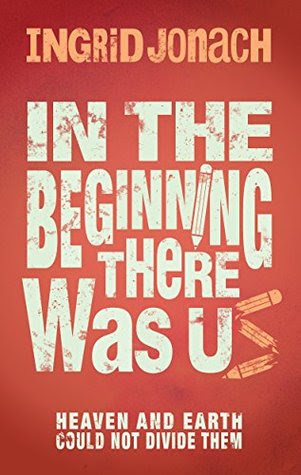 In the Beginning There Was Us By  Ingrid Jonach Published on April 28, 2015 What would you do if you were God? If you had the power to not only give life, but take it away in the blink of an eye? These are the questions that plague fifteen-year-old Abbey Baxter after she resurrects a boy, long lost to the ages.  The achingly beautiful and eternally melancholy Cole not only serves as a welcome distraction from her long-time crush, Elwin, but also eases the heartache that persists since the sudden passing of her younger brother, Junior, four years earlier. As the intrigue of her relationship with Cole deepens, so too does the mystery that surrounds a growing phenomenon sweeping through her small West Virginian town, transforming the lives of its residents. Around her, two bedroom cottages are transforming into mansions without explanation and residents are waking up to bank balances that have tripled overnight, all under the watchful gaze of the sinister American Laboratory
Read more 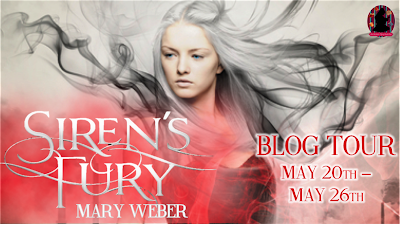 Siren's Fury  (The Storm Siren Trilogy #2) by  Mary Weber Publisher: Thomas Nelson / HarperCollins Release Date: June 2nd 2015 Genre: Young Adult, Fantasy, Romance Rate:  3 1/2 Synopsis: "I thrust my hand toward the sky as my voice begs the Elemental inside me to waken and rise. But it's no use. The curse I've spent my entire life abhorring—the thing I trained so hard to control—no longer exists." Nym has saved Faelen only to discover that Draewulf stole everything she valued. Now he’s destroyed her Elemental storm-summoning ability as well. When Nym sneaks off with a host of delegates to Bron, Lord Myles offers her the chance for a new kind of power and the whispered hope that it may do more than simply defeat the monster she loathes. But the secrets the Bron people have kept concealed, along with the horrors Draewulf has developed, may require more than simply harnessing a darker ability. They may require who she is. Set aga
Read more
More posts