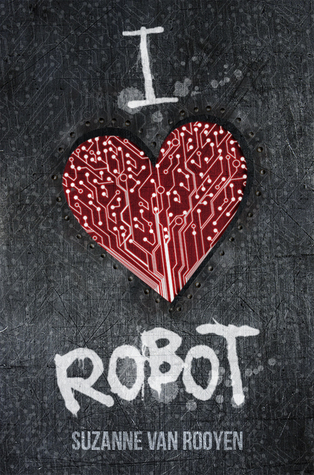 Sixteen-year-old Tyri wants to be a musician and wants to be with someone who won’t belittle her musical aspirations.

Q-I-99 aka ‘Quinn’ lives in a scrap metal sanctuary with other rogue droids. While some use violence to make their voices heard, demanding equal rights for AI enhanced robots, Quinn just wants a moment on stage with his violin to show the humans that androids like him have more to offer than their processing power.

Tyri and Quinn’s worlds collide when they’re accepted by the Baldur Junior Philharmonic Orchestra. As the rift between robots and humans deepens, Tyri and Quinn’s love of music brings them closer together, making Tyri question where her loyalties lie and Quinn question his place in the world. With the city on the brink of civil war, Tyri and Quinn make a shocking discovery that turns their world inside out. Will their passion for music be enough to hold them together while everything else crumbles down around them, or will the truth of who they are tear them apart?

Check out the I Heart Robot trailer on YouTube

I have really started noticing in the past couple of years that I have a slightly limited book "type" that I  tend to read, so I made the decision to shake things up a bit. I haven't done as well as I had hoped with that (less shaken, more slightly stirred), but I have been trying. Sci-fi is one of the genres I have opened myself up to a bit more, and when books like I Heart Robot come along, it makes me want to start stirring harder!

Being the sci-fi newbie that I am, I really had no inclination as to what I would be delving in to. And you know what, that is kind of a good thing! I really enjoyed this story revealing itself a little more with every page, and the character insights that happened slowly and steadily. For someone who is an admitted spoiler-seeker, that is a HUGE thing for me, and I am keeping that in mind more and more. So, with that in mind, here is my short and sweet review of another fantastic Month9Books title!
I Heart Robot is about humanity, to me. What it truly means to be human, on the inside, not the outside. Born or made, its WHO you are that makes all of the difference. Quinn, one of the POV's proves just that. Or at least he tries, unlike so many of his kind. He was made of music, and emotion, and if that isn't human, then what is? Yet, being a robot sets him apart from the humans, and humans see him, and the others, as nothing more than machines. Until Tyri. Tyri is a human, who loves music, and the connection she and Quinn develop makes her start to truly question where her loyalties lie.

Tyri was a good character, but she seemed a little wishy-washy to me, and it drove me crazy at times. Other than that, I did enjoy her POV. But Quinn stole my heart in this story! I enjoyed the romance, but I liked that the romance wasn't the focal point of the story. The deeper meaning of I Heart Robot is what made it as great as it was. I Heart Robot is full of heart, music and emotion, and I enjoyed it all very much. The only not so greats were the world-building, which was GOOD, but I wanted more from it. And the ending left me with questions spinning around in my head, thinking about the story, wondering if I missed some answers. I am really hoping that a sequel is in the works! If there is, you can bet your arse that I will be waiting in line to read it!

I absolutely recommend this book. If you aren't crazy about sci-fi, read it anyway! It isn't hardcore, but it is sci-fi enough to be awesome! Plus, the music and the HEART of the story are enough to make you fall in love, anyway! 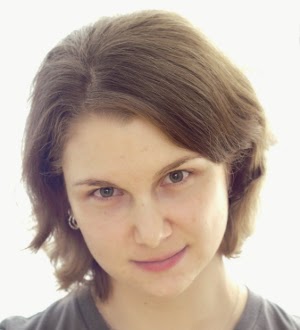 Suzanne is a tattooed storyteller from South Africa. She currently lives in Sweden and is busy making friends with the ghosts of her Viking ancestors. Although she has a Master’s degree in music, Suzanne prefers conjuring strange worlds and creating quirky characters. When she grows up, she wants to be an elf – until then, she spends her time (when not writing) wall climbing, buying far too many books, and entertaining her shiba inu, Lego.