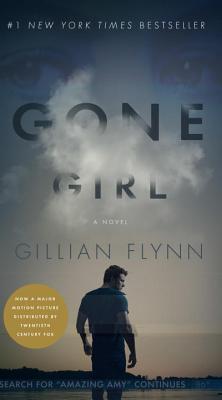 On a warm summer morning in North Carthage, Missouri, it is Nick and Amy Dunne's fifth wedding anniversary. Presents are being wrapped and reservations are being made when Nick's clever and beautiful wife disappears from their rented McMansion on the Mississippi River. Husband-of-the-Year Nick isn't doing himself any favors with cringe-worthy daydreams about the slope and shape of his wife's head, but passages from Amy's diary reveal the alpha-girl perfectionist could have put anyone dangerously on edge. Under mounting pressure from the police and the media--as well as Amy's fiercely doting parents--the town golden boy parades an endless series of lies, deceits, and inappropriate behavior. Nick is oddly evasive, and he's definitely bitter--but is he really a killer?

As the cops close in, every couple in town is soon wondering how well they know the one that they love. With his twin sister, Margo, at his side, Nick stands by his innocence. Trouble is, if Nick didn't do it, where is that beautiful wife? And what was in that silvery gift box hidden in the back of her bedroom closet?

Amy is missing. Nick is the main suspect.

It was the morning of their fifth wedding anniversary when the seemingly perfect marriage of Nick and Amy Dunne came to an abrupt halt. Nick arrives home to find his house in disarray and his wife, Amy, nowhere to be found. Nick’s erratic and suspicious behavior, paired with the entries found in Amy’s diary causes the police to name him their main suspect. Can Nick prove his innocence before it’s too late?

Flynn chose to write using diary entries from both Nick and Amy throughout the whole book rather than using chapters, which is one of Gone Girl’s strongest and most attractive features. It deepens the reader’s connection with the characters because you see both sides entirely. But at the same time, you are constantly surprised throughout the novel as many lies are revealed.

I was left wondering until the very end. Flynn did a great job with keeping the mystery and momentum going throughout the book. There was never a part where the storyline seemed to slow down, or become boring or predictable. It always had me at the edge of my seat.

Gone Girl is one of the best books I have read to date. It was a book I stayed up all night to finish and guessing until the very end. If you like drama, mystery, thriller or suspense,

Gone Girl is the perfect book for you.