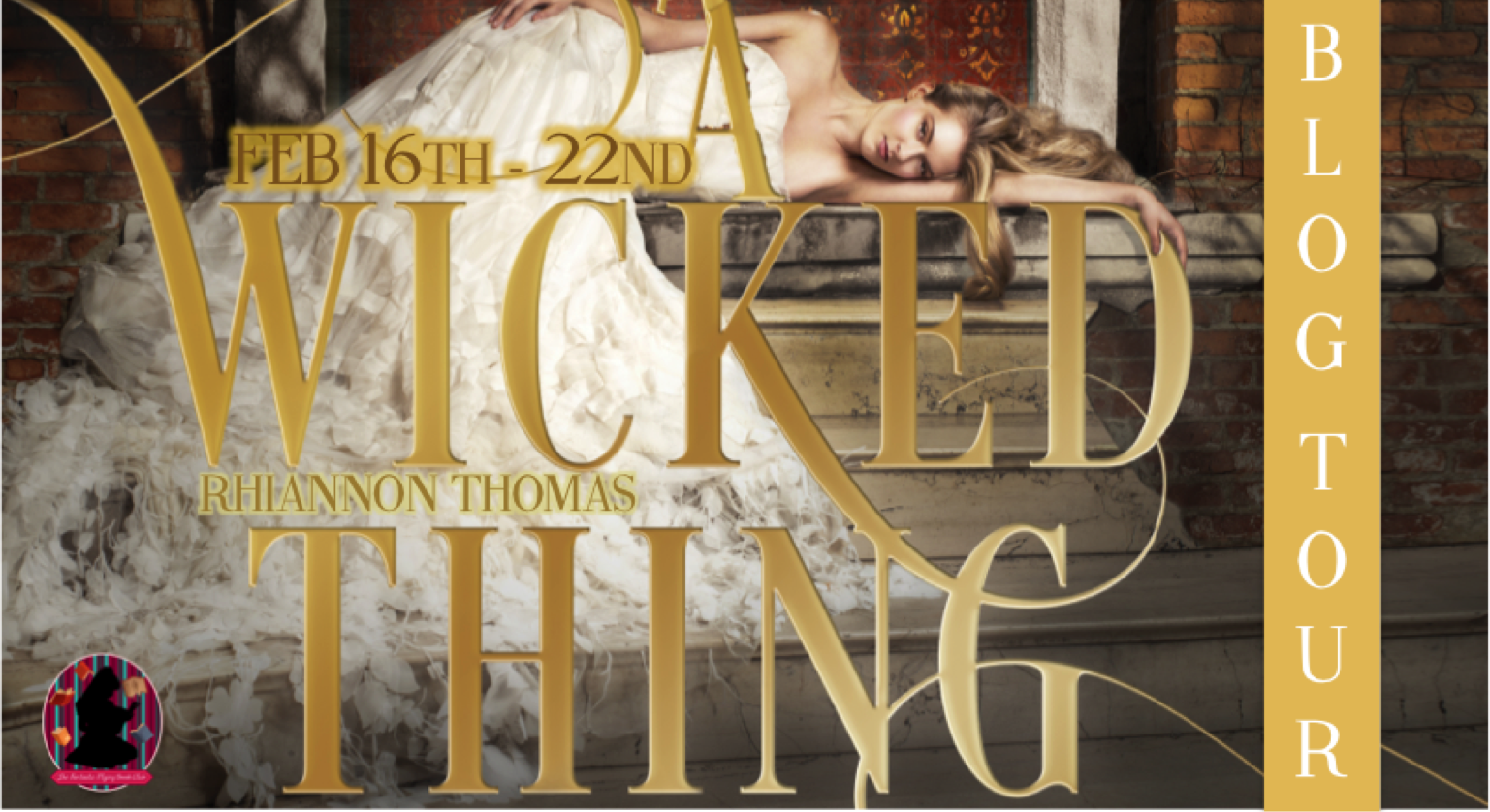 Rhiannon Thomas's dazzling debut novel is a spellbinding reimagining of Sleeping Beauty and what happens after happily ever after.

One hundred years after falling asleep, Princess Aurora wakes up to the kiss of a handsome prince and a broken kingdom that has been dreaming of her return. All the books say that she should be living happily ever after. But as Aurora understands all too well, the truth is nothing like the fairy tale.

Her family is long dead. Her "true love" is a kind stranger. And her whole life has been planned out by political foes while she slept.

As Aurora struggles to make sense of her new world, she begins to fear that the curse has left its mark on her, a fiery and dangerous thing that might be as wicked as the witch who once ensnared her. With her wedding day drawing near, Aurora must make the ultimate decision on how to save her kingdom: marry the prince or run.

Rhiannon Thomas weaves together vivid scenes of action, romance, and gorgeous gowns to reveal a richly imagined world … and Sleeping Beauty as she’s never been seen before.

“I never thought what happens after Sleeping Beauty wakes up would keep me at the edge of my seat, breathlessly turning pages. But Rhiannon Thomas has taken the familiar and the cliched and turned it into a tense, fast-paced read full of plot twists and revelations, set in a world at once intriguing and perilous.” - Sherry Thomas, author of The Burning Sky

“The book is welcome twist on the classic helpless-princess-saved-by-dashing-prince one expects from a fairy tale…. Fairy tale and fantasy fans alike will breeze through this retelling and eagerly await her next chapter.” - School Library Journal

“One of the best fairytale retellings I’ve ever read. Thomas uses the well-known back story of Sleeping Beauty to craft an entirely new future for Aurora that is anything but happily-ever-after. Starting the story after the moment that usually signals the end of the fairytale gave this book an original spin and makes it stand out among of sea of simple retellings. Don’t miss this great debut!” - Boswell Book Company, Milwaukee, WI

A Wicked Thing is the story of Sleeping Beauty, the Princess Aurora, after she is awoken with a "true loves kiss" by Prince Rodric. What happened to the princess in the time that follows her 102 year sleep? On top of losing her family, her home no longer belonging to her, and her world completely changed, she is forced into a role she doesn't want, and not allowed to express her feelings or decide what life she wants for herself. A Wicked Thing takes us on Aurora's journey...

When Aurora is awoken by Rodric, she has no idea what has transpired. She is still in her party dress, the one made especially for her 18th birthday. When Rodric tells her that over a century has passed, Aurora is dumbstruck. It takes a while to set in, the impossibility of it, the heartache of it. And just like that, her life is no longer her own. She is engaged to Rodric, a man she does not love, and to be wed in 21 days. The Queen tells her she is to be pretty, curtsy and not speak. She is locked in her room nightly, for protection, so says the Queen. The King is an awful man, who cares nothing for the people of his kingdom. He wants Aurora because of what the fairy tales written about her. About magic.

Aurora picks her bedroom lock at night, and sneaks into the city below. She hears a woman singing and her hauntingly beautiful voice brings Aurora to The Dancing Unicorn. There, Aurora meets Tristan. She doesn't tell him who she really is, so he decides to name her himself. He dubs her Mouse. So for several nights, Mouse sneaks to the bar and Tristan shows her the city, from the rooftops and the night fair. Mouse is smitten with him, but Tristan is more than he seems. Soon, she finds out just who he really is.

At the castle, Prince Finnegan has arrived to celebrate the awakening of the Fairy Tale Princess. He finds ways to always speak with her, infuriating her and teasing her at every instance. He tells her of his home, where there be dragons, and asks her if she will come with him, help him unite their two kingdoms, and bring a better life to them all.

The world-building is one of the better aspects of this story, along with Rhiannon's characters. She has built a city that I can easily close my eyes and see, with it's magic, and hunger and fear and rebellions. Aurora is a very soft-spoken, meek girl to begin with. She allows herself to be trod on over and over. She tries, once or twice in the first half of the story, to stand up for herself, but immediately backs down. I was frustrated with her in the beginning, but I could also understand why she felt the way she did, and why she acted the way she did. I was impressed with her growth throughout the story. One of my favorite characters is Rodric's little sister, Isabelle. She is such a cute thing, and she reminds Aurora of herself when she was a child. I enjoyed her scenes immensely.

The romance in this book has been called a love square, but I honestly think it is more of triangle. First we have the prince who awakened her, Rodric. He is a shy and bumbling boy, but he is also kind. He was never allowed a childhood, and it takes him time to open up to Aurora. The scene in her old playroom, from when she was a child, really made me start liking him even more. However, I don't think he was ever going to be her choice. Tristan was a good character, with a heart full of vengeance. A rebel, who wants to see the king dethroned, and beheaded! He was an endearing character. Finnegan is an arrogant, sarcastic, funny man. I enjoyed his scenes a lot. He definitely made me chuckle. I like that he was able to bring the fire out of Aurora!

There were several other players in the story, such as Nettle the singer, that I liked. Each was well fleshed out, with distinct personalities. The plot of the story is very slow building, and slow moving. That would be my biggest complaint. I found myself growing restless, waiting for something of significance to happen. After the halfway point, the story picked up speed, and I flew through the rest of it. I really feel like A Wicked Thing was a great set-up to what could be an epic sequel.

All in all, I enjoyed A Wicked Thing. The cover is beautiful, and I love the meat of the story. I look forward to seeing where it will go next. If you are a fan of Fairy Tale's I would definitely suggest giving this story a try! 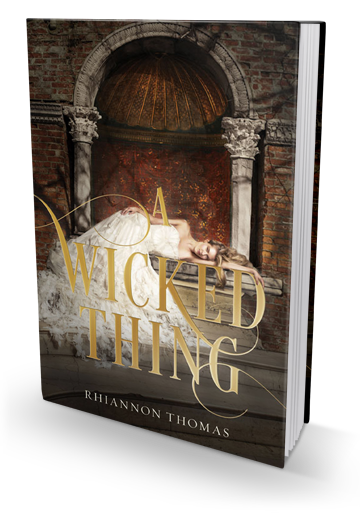 Follow the A Wicked Thing by Rhiannon Thomas Blog Tour and don't miss anything! Click on the banner to see the tour schedule.

Rhiannon Thomas is a recent graduate from Princeton University, where she studied English and Japanese, and smuggled bubble tea into the library on a regular basis. She now lives in York, England.

As well as reading and writing YA fiction, she runs the blog FeministFiction.com, where she discusses TV, books, and all kinds of fannish things from a feminist perspective. Open to all US, UK and Canada residents | Must be 13 or older to enter

SECOND PRIZE: Win (1) of (2) signed copy of A Wicked Thing by Rhiannon Thomas.