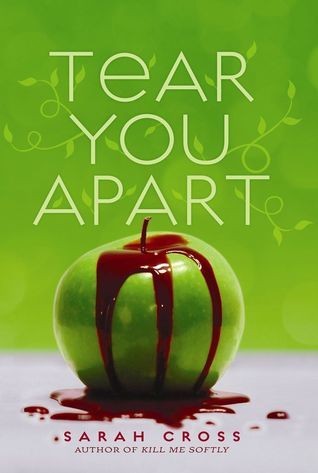 An edgy fairy tale retelling of "Snow White" set in the world of Kill Me Softly for fans of Once Upon a Time and Grimm.Faced with a possible loophole to her "Snow White" curse, Viv goes underground, literally, to find the prince who's fated to rescue her. But is life safe in the Underworld worth the price of sacrficing the love that might kill her?

I swear this author could write about something dumb... like pine trees... and I would be utterly captivated.  I am totally in love with this series- it is magical, fun, and doesn't take itself too seriously.  Now that being said, it isn't a funny book- it is full of romance and fighting and people murdering other people- all in the name of fairy tale curses.  The first book in this series, Kill Me Softly, was one of my favorite books of the year- and when I heard that there was going to be a second book- I was THRILLED.

I have to say- this totally lived up to my expectations and exceeded it.  It was about two characters that were in the background of the first book- and two characters that I was so excited to read about- Viv and Henley (Snow White and the Huntsman).  I felt hints from the author that there was going to be another book (can I hope Beauty and the Beast).

I am not sure why this series isn't getting the coverage or promotions that it should- it would be an excellent series for fans of Once Upon a Time- if you haven't read this series yet, you totally should.  It is a ton of fun and one I will revisit many times.