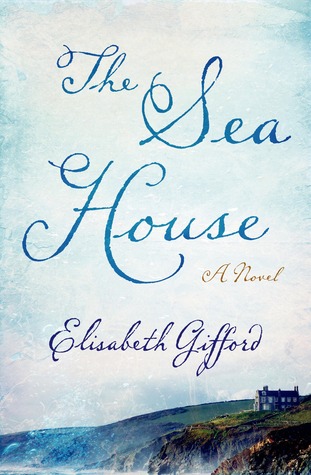 In 1860, Alexander Ferguson, a newly ordained vicar and amateur evolutionary scientist, takes up his new parish, a poor, isolated patch on the remote Scottish island of Harris. He hopes to uncover the truth behind the legend of the selkies—mermaids or seal people who have been sighted off the north of Scotland for centuries. He has a more personal motive, too; family legend states that Alexander is descended from seal men. As he struggles to be the good pastor he was called to be, his maid Moira faces the terrible eviction of her family by Lord Marstone, whose family owns the island. Their time on the island will irrevocably change the course of both their lives, but the white house on the edge of the dunes keeps its silence long after they are gone.

It will be more than a century before the Sea House reluctantly gives up its secrets. Ruth and Michael buy the grand but dilapidated building and begin to turn it into a home for the family they hope to have. Their dreams are marred by a shocking discovery. The tiny bones of a baby are buried beneath the house; the child's fragile legs are fused together—a mermaid child. Who buried the bones? And why? To heal her own demons, Ruth feels she must discover the secrets of her new home—but the answers to her questions may lie in her own traumatic past. The Sea House by Elisabeth Gifford is a sweeping tale of hope and redemption and a study of how we heal ourselves by discovering our histories.

This book fell into my lap unexpectedly.  Other than having an author that I very vaguely recognized the name of and a pretty cover- I really had no idea what this book was about.  I started the book without even reading a blurb about it.

This book was a very unusual read for me- it was literary fiction, historical, dramatic, and had ghosts in it (sort of).  This was not at all my typical read.  I found myself somehow engrossed in the story and a little angry at myself that I was.  It had so many things in it that I generally hate in books- dead babies, ghosts, drama, bad things (that I can't refer to or it would spoil the plot), and well.. adult fiction!  It was around the 80% mark that I came to terms with the fact that I did enjoy this book- I DID enjoy where it was going, and that (shock!) I was happy that I had read it.

Now I know you are probably thinking- you hated this book and you want me to read it?  Well I will say this- it is not a fluffy read.  You cannot go into it expecting something light hearted and frouffy.  It is not a romance novel and it is not something to read if you are very cheerful.  What it is is a painful and honest story about one woman's journey from loss and a deep pit of pain and bitterness into redemption and wholeness.

I enjoyed the flashing between past a present.  I will be honest- I didn't read it closely enough to see precisely how the two were tied (beyond the obvious) but I enjoyed it nevertheless.  I was a little confused that this had ties to Christianity.  It has very little "religion" in it- though one of the main characters is a reverend in the past- there is very little focus on that part.

I could see this book being enjoyed by many people- Christian, non- Christian- pretty much anyone.  I can't say this is a book I will revisit again (I like happy books, what can I say?) but I don't regret reading it.  It was enjoyable and the author is very talented.  If you like selkies, Scotland, history, or a good depressing read- check it out!