Thanks to the publisher, we are pleased to present an excerpt from the new Matthew Cox sci-fi novel, Division Zero: Lex De Mortuis. Keep reading to check out more about the book! 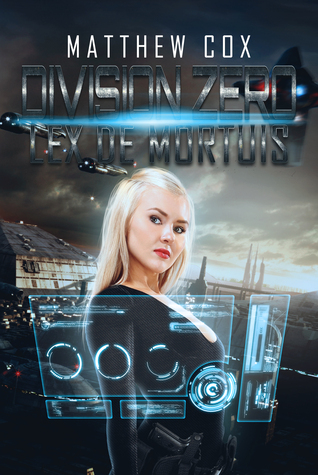 Some soldiers don’t let anything sway them from their mission, not even death from high explosives.

Free from her troubled past, Agent Kirsten Wren finds happiness mentoring Evan, a boy with similar talents with whom she soon forms a strong bond. Her efforts to help Dorian settle his past become complicated when a team of corporate “issue resolution consultants” continue their mission to kill a man in the afterlife.

Kirsten gets involved when their post-mortem grudge match spills into the realm of the living. At the scene of a surgical explosion that gutted only one floor of a residential tower, she discovers a strange arcane circle drawn in silver. There, she senses energy darker than any wraith she has yet encountered; a force that questions everything she believes about the world.

Vikram Medhi, the hacker targeted by Lyris Corporation for elimination, begs her to protect him from undead out to destroy him. With no way to track these spirits, she seeks help from an enigmatic billionaire who offers her more than a simple translation of ancient Sumerian pictographs.

Chasing down a dangerous psionic criminal in the oldest lawless zone in the city, trying to protect a man on a corporate death list, and trying to keep both of them from hurting the one person in the world she loves, Kirsten must reach deep within herself to accept her destiny. 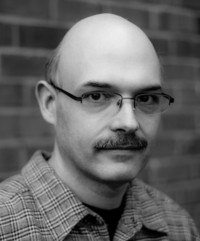 Born in a little town known as South Amboy NJ in 1973, Matthew has been creating science fiction and fantasy worlds for most of his reasoning life. Somewhere between fifteen to eighteen of them spent developing the world in which Division Zero, Virtual Immortality, and The Awakened Series take place. He has several other projects in the works as well as a collaborative science fiction endeavor with author Tony Healey. Hobbies and Interests: Matthew is an avid gamer, a recovered WoW addict, Gamemaster for two custom systems (Chronicles of Eldrinaath [Fantasy] and Divergent Fates [Sci Fi], and a fan of anime, British humour (<- deliberate), and intellectual science fiction that questions the nature of reality, life, and what happens after it. He is also fond of cats.