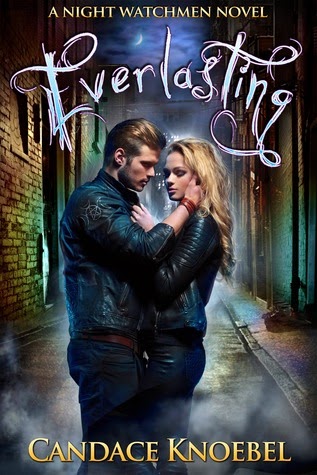 What if your destiny lay on the other side of death?
The annual Culling ceremony is a day every coming-of-age novice looks forward to within the Primeval Coven. It’s the start to being initiated into the Night Watchmen, humankind’s protectors, and it’s the long-awaited day when novices discover if they’re a Hunter or a Witch.
But this day is not a happy one for Faye Middleton. Not when she’s known her whole life that she’s a Defect and is about to face banishment in front of her fellow novices. She’s forced to attend the Culling with little hope for her future, but what she discovers about herself is far worse than she could’ve imagined. And far more dangerous.
Thrown into training and separated from her friends, Faye must learn to adjust. She struggles to find her place within the Coven, and with Jaxen Gramm, the darkly handsome and extremely unnerving man assigned to watch and protect her. Emotions run high, and when she discovers a deadly secret about him, her struggles deepen. As corruption within the Coven begins to unravel, Faye pieces together her role in saving the future of her people, and within Jaxen’s life…but will the truth save her, or be her undoing?

Witches and Hunters protecting the unsuspecting humans from demons and werewolves and vampires. Lies and betrayal, curses and danger lurking everywhere. Romance and friendship, and the kind of love that you cannot walk away from!  I loved this story, so very much. Right from the beginning I knew this one would be a hit with me, and I couldn't have been more right. Fun, action-packed, sexy, heart-breaking and emotional, this fast-paced story had everything going for it. Including some seriously great characters, main and secondary alike!

Faye was my kind of MC. Even in the beginning, when she was scared and sad about what was to come, she held herself together. Through realizing her parents are missing, to realizing she is something more than what she ever could have imagined, she keeps going. She doesn't give up or give in, when so many would. She is self-conscience, but doesn't let that stop her from doing what has to be done. I loved her personality, and she shined throughout the story.

Jaxen was hard to get a read on at first, but once he really started to come out of his broken shell, he was a great character and a great romantic interest for Faye. He was not perfect, he had been through hell in his life and it had changed him, but he wasn't your typical ass. Well, he could be but it was used as a front, and that front doesn't last long.

The other characters all stood out in their own right. We have Cassie, the smart alek, lovable quirky witch who cares for Faye regardless of her best friends ire. She is loyal and fierce and awesome. Jezi, the spurned but not on purpose, hell hath no fury Witch to Jax's Hunter. I did not like her at all, and wanted to smack her but she was written and characterized so well. Jaxen's brother was the comedic relief, and I loved him to pieces. Weldon, ahhh Weldon. I won't even tell you about him. Just wait and see. And Katie, Faye's best friend. She has a hard time, and makes some silly decisions but understandable as well. I loved her and Faye's friendship, and their reliance on one another.

The romance, while it definitely falls on the side of insta-love, I actually loved. It was tense, and sexy and swoony. The devotion to each other was wonderful and I loved seeing the relationship progress, and the battles they had to face just to get there.

The action is wonderful, the story fast-paced and the romance swoony. I honestly can't think of a single negative thing I could say about this story. The villains are villainous, the heroes are heroic and the line between good and evil is seriously grey. I cannot wait to jump into the sequel. We have curses to be broken, parents to be saved, and a Jezi to get off of our backs and hopefully find the girl some happiness! Take a chance on this one, y'all. It is absolutely worth it in every way! 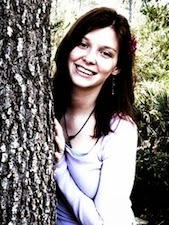