Spotlight + Giveaway: Of Monsters and Madness

By Coranne - September 07, 2014
Thanks to the publisher, we are pleased to present a spotlight of the new Jessica Verday YA paranormal novel, Of Monsters and Madness. Check out a little bit about the book, then enter the giveaway (US/Canada only)!

A romantic, historical retelling of classic Gothic horror featuring Edgar Allan Poe and his character Annabel Lee, from a New York Times best-selling author. The first in a new series.

Annabel Lee is summoned from Siam to live with her father in 1820's Philadelphia shortly after her mother's death, but an unconventional upbringing makes her repugnant to her angry, secretive father. Annabel becomes infatuated with her father's assistant Allan, who dabbles in writing when he's not helping with medical advancements. But in darker hours, when she's not to be roaming the house, she encounters the devilish assistant Edgar, who bears an uncanny resemblance to Allan, and who others insist doesn't exist.

A rash of murders across Philadelphia, coupled with her father's strange behavior, leads Annabel to satisfy her curiosity and uncover a terrible truth: Edgar and Allan are two halves of the same person - and they are about to make the crimes detailed in Allan's stories come to life. Unless Annabel stops them.

Make sure you visit all of the stops on the tour for reviews, interviews with author Jessica Verday, exclusive excerpts from the book, and more giveaways! 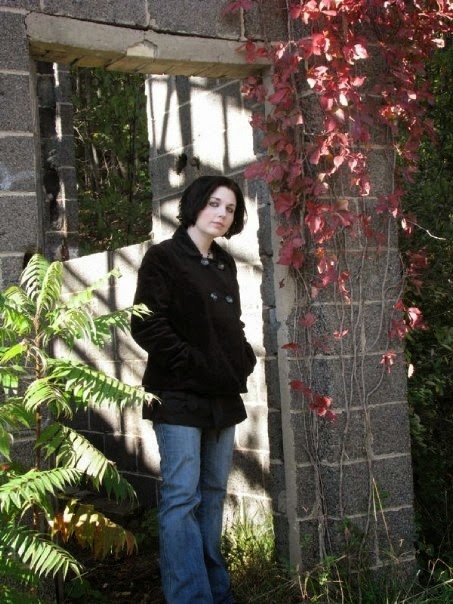 Connie L. Smith spends far too much time with her mind wandering in fictional places. She reads too much, likes to bake, and will be forever sad that she doesn’t have fairy wings. And that she can’t swing dance. When she isn’t reading or writing, there’s a good chance she’s goofing off with her amazing, wonderful, incredible, fabulous nieces and nephew, or listening to music that is severely outdated. She has her BA from Northern Kentucky University in Speech Communication and History (she doesn’t totally get the connection either) and likes to snap photos. Oh, and she likes apples a whole big bunch.