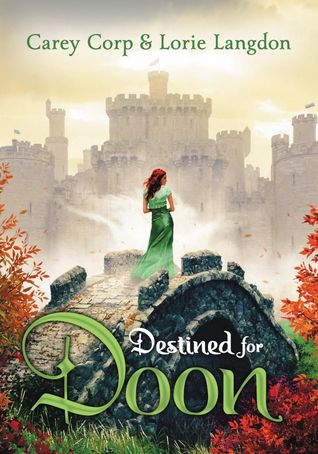 Destined for Doon
By Carey Corp and Lorie Langdon
Published on September 2, 2014
Published by Blink YA
Source: Publisher

The Doon novels are a part of Blink, HarperCollins Christian Publishing's new YA imprint that delivers empowering and heartening literature while maintaining a tradition of imaginative and impactful storytelling.

Oh man, this book was so good!  I am sure everyone knows how much I loved Doon.  It was on almost every list I had for 2013.  I loved it so much- and Destined for Doon does NOT disappoint! It is full of action and excitement.  The second story centered around Duncan and Kenna who were left seperate from each other at the end of the first book.

Duncan is still one of my favorite characters in this series.  I love how sweet and kind he is and isn't the broody guy who treats everyone badly.  Kenna is... well... making bad choices throughout most of the book.  She is confused about what she wants and is so certain of what she thinks she wants that she doesn't leave room for life.

If you haven't read this series- seriously, it needs to happen.  I am so excited by this series- it has everything I want in a book: drama, action, and romance.

We are so thankful to have both Lorie Langdon and Carey Corp on the site today.  I had the pleasure of asking them a few questions:


First of all, I would love to know, what is it like working with a writing partner?  Does it make anything easier? Harder?


Lorie: As you can imagine, one of the challenges of co-authoring is not having complete creative control, but this can also be an advantage because you have two brains instead of one!
Carey and I, much like our characters, are opposite in a way that makes for a perfect balance. As writers, we each bring different technical strengths to the table.
The actual  process of writing with a co-author is fun and dynamic. Splitting responsibilities such as blogging, promotions, and social networking is a great blessing. But the biggest advantage is that you have someone who is equally invested. Someone you can call at midnight with a brilliant plot idea, who won’t curse you out and block your phone number

Who originally had the idea for a story to take place in a world created originally by Brigadoon?


Lorie: That would be me.  When I was sixteen I saw the musical Brigadoon and fell in love with the romantic tale of the village that only appears to the modern world once every one hundred years. But one thing always bothered me about the original – during the hundred years that the portal to the kingdom is closed, the people in Brigadoon sleep. Really? They sleep! I couldn’t stop thinking about what I could do with that hundred years…

Was this always planned to be a series or was it originally a stand alone?
Carey: When Lorie and I first wrote Doon, we just wrote the one book. In the first draft, Kenna’s story wrapped up in an epilogue. When our good friend Meredith read that early draft, she lobbied for Kenna and Duncan to get a whole book. Shortly, after we started thinking of what Doon would look like as a series and it sold to BLINK/HarperCollins as a 4 book story.

Kenna and Veronica seem like opposites attract- are they based on a real life friendship?


Lorie: Not exactly…but we did set out to write a story of two girls who are very different on the surface but have an unshakeable bond—much like ourselves.
Duncan or Jamie?
Lorie: This is a very personal one, so we’ll both answer…I love both of the MacCrae brothers. Just like Veronica and Mackenna, Jamie and Duncan are quite opposite, but for me it will always be my tortured, yet noble Prince Jamie.
Carey: Fergus. JK – I do like Jamie, but I’m a Duncan girl all the way!

Alright I have to ask- can you give my readers a little teaser... just something little to entice them into this series? 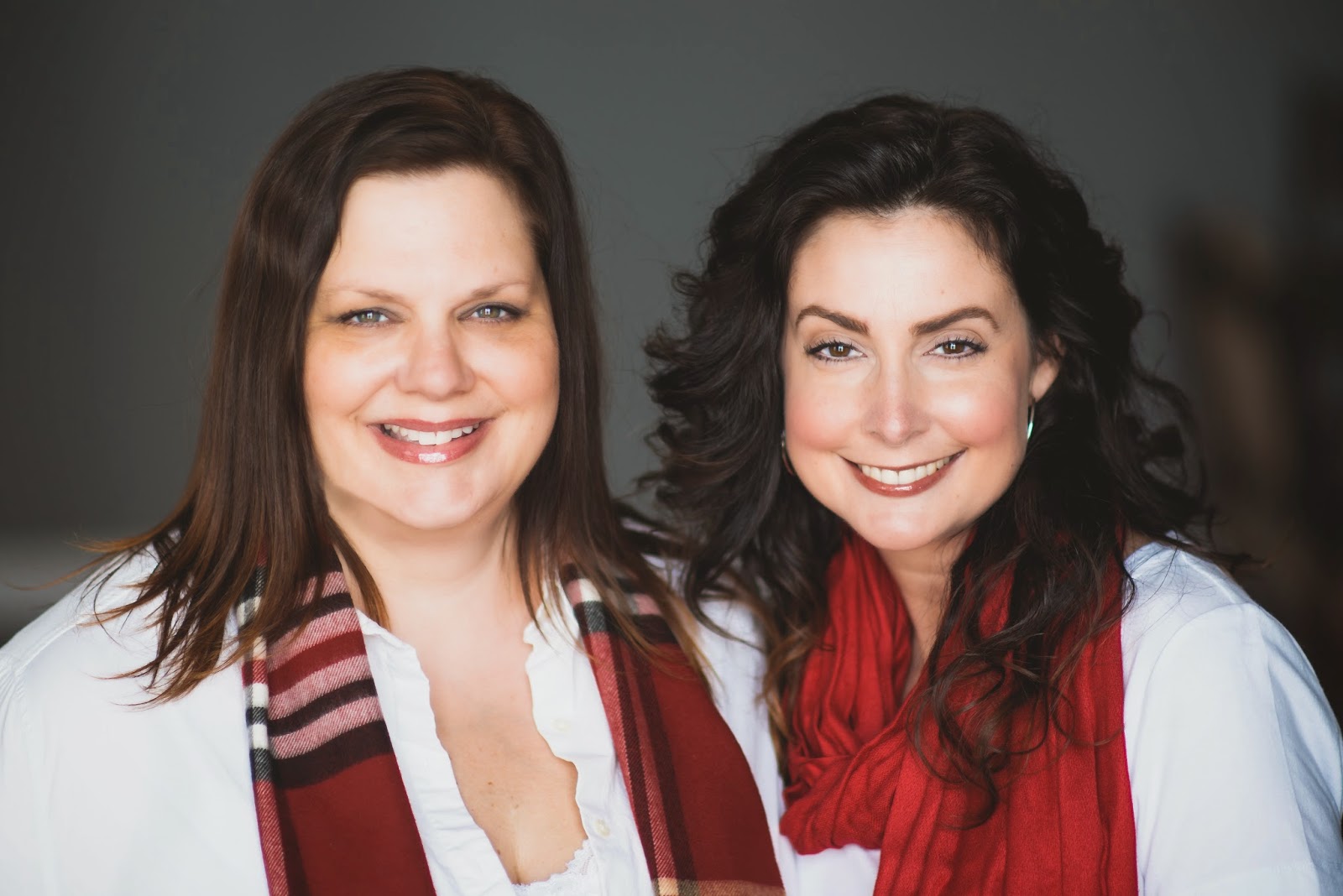 Carey Corp: Carey Corp lives in the metropolitan Midwest with her loveable yet out-of-control family. Carey wrote her first book at the age of seven, and currently begins each morning consuming copious amounts of coffee while weaving stories that capture her exhaustive imagination. She harbors a voracious passion (in no consistent order) for mohawks, Italy, musical theater, chocolate, and Jane Austen. Carey’s debut novel for teens, The Halo Chronicles: The Guardian, earned her national recognition as 2010 Golden Heart finalist for best young adult fiction and was featured at the 2012 RT Booklovers Convention in Chicago in YA Alley

Lorie Langdon: Lorie Langdon has wanted to write her own novels since she was a wee girl reading every Judy Blume book she could get her hands on. So a few years ago, she left her thriving corporate career to satisfy the voices in her head. Now as a full-time author and stay-at-home mom, she spends her summers editing poolside while dodging automatic water-gun fire, and the rest of the year tucked into her cozy office, Havanese puppy by her side, working to translate her effusive imagination into the written word and continue to build the young-adult-focused blog, HonestlyYA.