The Inventor's Secret by Andrea Cremer 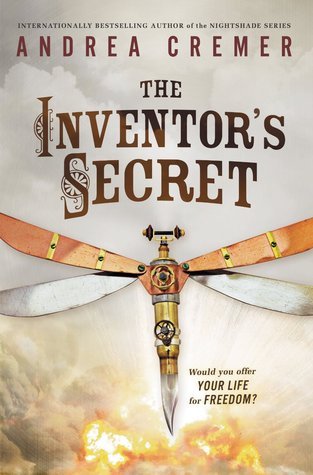 Sixteen-year-old Charlotte and her fellow refugees have scraped out an existence on the edge of Britain’s industrial empire. Though they live by the skin of their teeth they have their health (at least when they can find enough food and avoid the Imperial Labor Gatherers) and each other. When a new exile with no memory of his escape from the coastal cities or even his own name seeks shelter in their camp he brings new dangers with him and secrets about the terrible future that awaits all those who have struggled has to live free of the bonds of the empire’s Machineworks.
The Inventor’s Secret is the first book of a YA steampunk series set in an alternate nineteenth-century North America where the Revolutionary War never took place and the British Empire has expanded into a global juggernaut propelled by marvelous and horrible machinery

Charlotte is heading home to the Catacombs one afternoon when she sees a boy running from a Rotpot, a monstrous machine used by the Empire to capture laborers and take them to the camps, which is basically a death sentence. She helps the boy escape, and in doing so sets off a chain of events that leaves Charlotte and the reader breathless. From the Catacombs, the home of the children of the Resistance, to the Floating City, home of the Empire, the Hive and the wealthy, the poor and everything in between, we travel with Charlotte, Grave, Ash, Jack and Meg as they set off an adventure that will change everything they know, for better or for worse!

I LOVED this book, y'all! In such a big way, I loved this book. The Inventor's Secret is only my second experience with an Andrea Cremer book, and while I enjoyed the first, Rift, very much, there is just something incredibly special about this story. She has woven such an incredible tale of steampunk and fantasy, with just the right amount of romance and mystery, and intrigue. The world-building is spectacular, and her descriptions of all thing "machine" are perfection. The cherry on top, however is absolutely the characters.

Charlotte, the main character in the story, is a kick-butt, snarky tough girl who isn't afraid to get her hands dirty, and can handle herself in a fight. She is loyal  and protective and fierce, and everything that I could hope for in an MC. Her brother Ashley is the leader of the Resistance children, and her is a typical older brother. He has an incredible sense of duty to the cause, and to the kids. Jack is as fierce as Charlotte, but he comes from a different sort of life, and has many secrets. Meg is the mother hen of the Catacombs, the protector and the kind heart among them. She also is harboring secrets. Grave, the runaway boy, is the mystery character, even to himself, but as mysterious as he may be, he is a character you can't help but love. Pip, Birch, and Scoff, the comic relief. Commodore Winters, Jack's brother and Linnet, his and Jack's half-sister. Lord and Lady Ott.... Every character in this story is richly written, and believable. They jump right off of the pages.

The plot is fast-paced and just fun, but there is always that knowledge that something is amiss, the world these characters live in is just not as it should be. There is a ball, and a temple, a carnival of sorts, and an iron forest. Gah, there are so many things about this book, I could ramble on and on. However, in an effort to give you as little information on the story as possible, as usual, I will stop here, with the exception of one more thing. GO! Right now, wherever you are and whatever you may be doing, and get yourself a copy of this book! There are elements in this story that will make lovers of so many genres happy as can be. And when you get to the end, you will be BEGGING for book 2, already! Or at least a title, and a hint of whats to come!