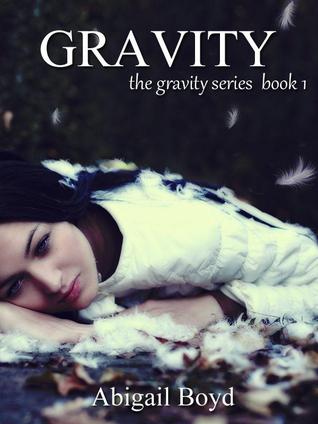 A lost friend, a new love, and a town full of secrets... One night in the town of Hell, Ariel's best friend goes missing. Those around her believe Jenna ran away, but when Ariel is tormented by nightmares and paranormal activity, she realizes Jenna's disappearance was part of a bigger mystery. Ariel's obsession with haunted houses and horror movies makes her the perfect detective.
But to complicate matters, a handsome newcomer named Henry Rhodes plagues her with unwanted attention. Though he doesn't believe in the supernatural events, she enlists his help and that of quirky nerd Theo. What is making the lights at school flicker? And why did Ariel dream of the old abandoned Dexter orphanage? When Ariel finally discovers the truth, it's much worse than she ever feared.

I saw this book on an Amazon Deals list, and decided to give it a shot after reading several reviews. I am so glad that I did! I know that there are a lot of negative feelings out there towards self-pub, and I will admit that the editing and the errors can get frustrating, but I gotta tell you, I have found some gems in that world, and I will continue searching through them because of books just like this one.

Gravity is a ghost story, a mystery, a romance, with some paranormal and mean girl action thrown into the mix. And it works! The mean girl is there, but it doesn't take over the story. The MC Ariel, doesn't allow the mean girl to walk all over her. The romance is sweet, but it doesn't consume the story. The friendships that form are beautiful. And the ghosty, paranormal stuff is awesome! The only complaint that I have in that respect is that I wanted MORE! I got a little scared, definitely creeped out, but I wanted a little more of those scenes. This did nothing at all to diminish my love of the story, however.

Ariel is a strong, funny, snarky character. She is fiercely loyal, even when many others wouldn't be. Her best friend Jenna, who disappears at the beginning, wasn't so nice to Ariel, but Ariel loved her regardless, and fought for her. Theo is a new girl in school, and after some false starts, she and Ariel become friends and that relationship shines. Theo is such a great character and I adored her. Henry, the love interest, is a pretty great character, too. His and Ariel's relationship is rocky from the start, but they form a deep bond. Things get complicated towards the end, and we are left confused.... Hoping that maybe something will turn out different in book 2.

I don't want to say too much because I don't want to take away they mystery of the story. Just go read it! There is an abandoned, incredibly weird abandoned orphanage, haunted houses, murder mysteries, a couple of attempted murders. Disturbed people abound! The story ends with a bang, but it wraps up nicely. There isn't a killer cliffhanger, but regardless, you will be heading over to Amazon ASAP to get the second book in the series so that you can immerse yourself in this awesomely creepy world as fast as possible!