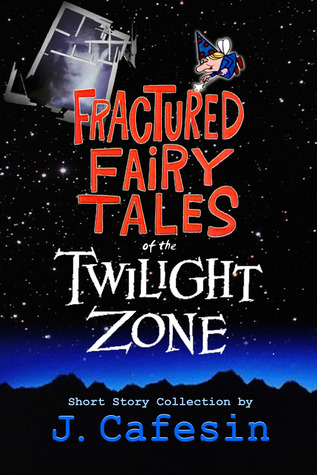 Fractured Fairy tales meets The Twilight Zone in this short story collection of four uniquely captivating, edgy, fantastical tales, each with a powerful message that lingers long after the reads...
1. In Finnegus Boggs, Confessions of a Marid, Djinn, the genie grants two Oakland punks a chance to save the other's life.
2. Hawk and Megan learn a valuable life lesson about love in Bird's Eye View.
3. The Activation is a cautionary tale for bickering children, and the parents who fail to silence them.
4. Sylverster McCain travels a sliver of light to reset Faith's path in life in The Morality Police.


If you would like to watch my face as I explain how much I did not like this collection, please feel free to watch the video below.

The first story in this collection of 4 short stories is Finnegus Boggs.  I hated it.  I hated it so much and I almost did not finish the book.  I was excited to get this because I really like short stories, but apparently the Twilight Zone is NOT my type of genre.

You know how in soap operas all these bad things can happen, but, suddenly, the main character wakes up and it is all a dream?  Or someone dies but they were just faking their own death in some elaborate plot?  You know how you feel utterly robbed and cheated when that is revealed?  That is how I felt about these stories.

Anyway, the first short story is about 2 kids in LA who are borderline gang members and have the vernacular of such.  And then there is a genie.  No, really.  There is suddenly a genie, who turns back the clock after one of them gets shot.  The end.  Really.  I am sorry, did I spoil that for you?

I remember reading the second story, but it was too depressing to really go on about.  There was a hawk watching a couple whose marriage is breaking down.  I am not sure why there needed to be a hawk, but whatever.

I do not even remember reading story 3.  I remember absolutely nothing about it, enough that I am doubting my own sanity and wondering if I even got that in the pdf from the publisher.  Seriously.

The fourth story was actually a good story, if you could take out the stupid Morality Police character.  I would say I liked it, but it was still annoying.

So here is the take-away:  J. Cafesin is actually a really good author.  She (or he, not sure) proved that s/he is very capable as a writer.  Each story was diverse in character, tone, and backstory.  Each was well-written.  She has some interesting ideas.  But I still had to force myself to finish this book, especially because the first story was so incredibly off-putting.  I think maybe if I had read the fourth story first, I would have had a different mindset towards the whole thing.  Ahhh, hindsight...

Maybe a genie will poof me back in time so I can do that.
Contemporary Fantasy/ Paranormal delirium demons enchanted Ericka fantasy fiction magic paranormal short stories supernatural