The Tree House by Shay Lynam 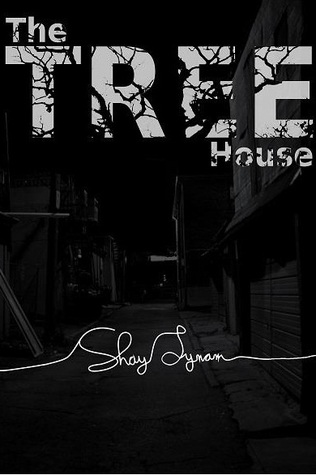 Hailey is an average twenty-year-old college student, living an average life. Or so she thought. When a past she never knew existed is brought to light, the reality she thought she knew is shattered and Hailey is left alone to pick up the pieces. Who could know this world holds such evil? Who is this strange, obscure boy that seems to know more than he is saying?

And what can one girl do when a fight to stay alive becomes a fight to avenge and protect the ones she loves?


I had a really enjoyable time reading this book. I was pulled in immediately and found myself wrapped up in the story.

Hailey is a twenty something student who is almost immediately thrown into something she (and you) don't understand. Someone breaks into her house, her parents are most likely dead, and she's on the run from "suits" who seem to want to kill her, or at the very least, take her somewhere that she has a pretty good idea she doesn't want to go. A very short time later, she meets Jack, who from the get-go seems like a jerk, but at least he's a jerk who's semi-willing to help her.

Jack takes her to the Tree House, a safe house. This is where the story really takes off. Hailey finds out that she's part of this big science experiment gone wrong, basically, and all the suits want to take her, and the other survivors, back to the E. Scott Pharmaceuticals building and "fix" the problem.

I'm finding it difficult to say much more than that without ruining this review with spoilers, but suffice to say, I thoroughly enjoyed this book. I thought Lynam did a fantastic job creating a believable, intense story. So much so, when you get to the end, your jaw will drop and you'll immediately want a sequel!