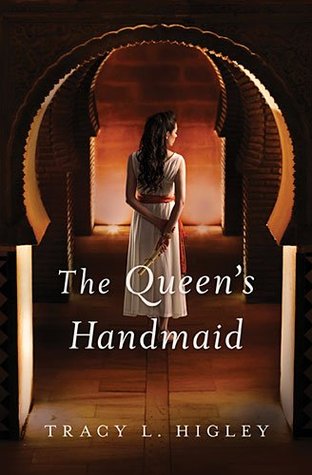 From the servant halls of Cleopatra’s Egyptian palace to the courts of Herod the Great, Lydia will serve two queens to see prophecy fulfilled.

Orphaned at birth, Lydia was raised as a servant in Cleopatra's palace, working hard to please while keeping everyone at arm's length. She's been rejected and left with a broken heart too many times in her short life.

But then her dying mentor entrusts her with secret writings of the prophet Daniel and charges her to deliver this vital information to those watching for the promised King of Israel. Lydia must leave the nearest thing she’s had to family and flee to Jerusalem. Once in the Holy City, she attaches herself to the newly appointed king, Herod the Great, as handmaid to Queen Mariamme.

Trapped among the scheming women of Herod’s political family—his sister, his wife, and their mothers—and forced to serve in the palace to protect her treasure, Lydia must deliver the scrolls before dark forces warring against the truth destroy all hope of the coming Messiah.

The Queen's Handmaid is a bit of an epic story.  It takes place among a TON of historical characters and events.  I love reading stories about this time period- especially about Cleopatra and Egypt.  I have to say, this book had a bit of everything for me.  It had history, a passionate forbidden romance, adventure and a touch of magic.

Lydia is no wilting flower.  She is brave and honest and everything a heroine should be.  She is not willing to run from those who she perceives as doing an injustice (even when it seems to get her in trouble).  This book spans a long time period, much more than most fiction novels.  We really see Lydia grow and come into herself in the book.  Although never really passive, Lydia grows confident and more steady throughout The Queen's Handmaid.

Though they don't get much page time until the very end, the romance between Simon and Lydia is passionate and fiery.  They are modest but man, the feelings in this book!  I have to say, though I really liked Lydia's romance with Simon, I was swayed more by the relationships she developed within Herod's household even more.

This is my first book by this author.  Based on my assumptions of looking at her other books, this author writes historical romances in an ancient setting.  I now have a TON of books to put on my "to be read" list.  Excellent, excellent book!

Tracy L. Higley is celebrating the release of The Queen's Handmaid with a fun giveaway.

Retailers + Resources gave it this glowing review: "Rich in historic detail, Higley’s vivid writing brings to life the plots and intrigues that swirled through the ancient world as alliances were built and broken on the calculated schemes of power-mad monarchs."

Enter today by clicking one of the icons below. But hurry, the giveaway ends on April 19th. Winner will be announced April 21st on Tracy's blog.

Don't miss a moment of the fun; enter today and be sure to stop by Tracy's blog on April 21st to see if you won.