We're pleased to be on the blog tour for SUMMONED, a new paranormal/urban fantasy novel from Rainy Kaye.  I'm definitely putting this one on my to-read list!  Check out an excerpt, and then keep reading to enter an awesome giveaway from the author for an Amazon gift card!

Find out more at http://www.summonedtheseries.com 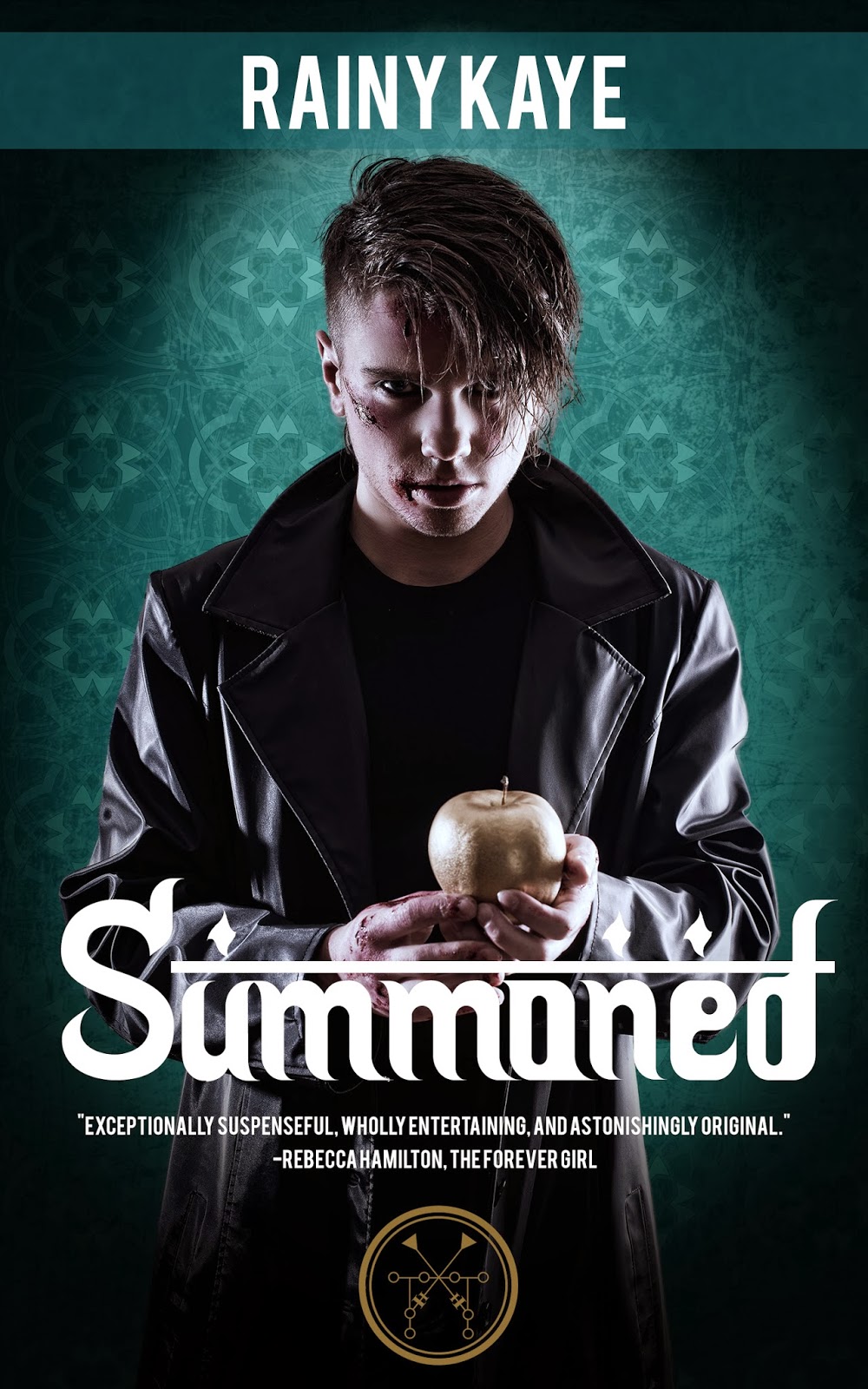 Twenty-three year old Dimitri has to do what he is told—literally. Controlled by a paranormal bond, he is forced to use his wits to fulfill unlimited deadly wishes made by multimillionaire Karl Walker.

Dimitri has no idea how his family line became trapped in the genie bond. He just knows resisting has never ended well. When he meets Syd—assertive, sexy, intelligent Syd—he becomes determined to make her his own. Except Karl has ensured Dimitri can’t tell anyone about the bond, and Syd isn’t the type to tolerate secrets.

Then Karl starts sending him away on back-to-back wishes. Unable to balance love and lies, Dimitri sets out to uncover Karl’s ultimate plan and put it to an end. But doing so forces him to confront the one wish he never saw coming—the wish that will destroy him.

A dark twist on the genie folklore, SUMMONED follows a reluctant criminal as he unravels the mystery of the paranormal bond controlling him.

SUMMONED is represented by Rossano Trentin of TZLA.

I've never burned down a building before.

Hell, I haven't even started a campfire. Maybe I should have asked Counselor Robert to teach me.

Luckily, Internet access is available everywhere. I have no idea how the other suckers stuck in this role managed without Google. They must have been smarter, because my first inclination to ignite a building was gasoline and a match.

Come to find out, this is not the most realistic idea. It would have been about as efficient as lighting a bunch of candles on a birthday cake and throwing it. Sure, it would catch the place on fire, but probably just make a sizable hole in one wall and do some smoke damage before the fire department put it out.

Karl said he wanted the place to be ash. Gasoline isn't going to cut it.

No, the Internet tells me I need to make thermite. So that is what I am going to make.

This wish is going to take longer than anticipated.

My GPS and I find ourselves at a home improvement store right before closing. The staff are not amused when I ask for iron oxide.

The Internet has led me astray.

I have no choice but to make the ingredients myself.

I am not Mister Wizard. I might be the first genie to blow himself up.

After spending more than two hours at a big box store, I leave with a case of mason jars, coffee filters, convertors, rubber bands, a package of balloons, salt, a gram scale, all of the Etch-A-Sketch toys, and gum.

The gum is for my nerves. Everything else is going to make an enormous mess and, possibly, a bomb.

Rainy Kaye is an aspiring overlord. In the mean time, she blogs at RainyoftheDark.com and writes paranormal novels from her lair somewhere in Phoenix, Arizona. When not plotting world domination, she enjoys getting lost around the globe, studying music so she can sing along with symphonic metal bands, and becoming distracted by Twitter (@rainyofthedark). She is represented by Rossano Trentin of TZLA.