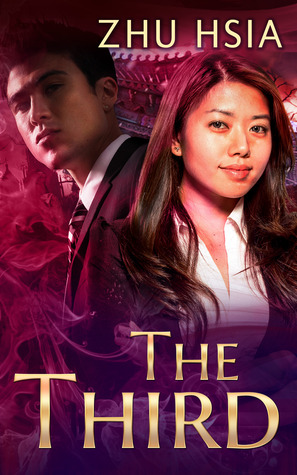 Ji Sun, heir to the powerful Lee clan of bloodsuckers brings disgrace to her kind by not only mixing with humans, but leaving the clan to marry one, and she is banished for ever from her family.

After five years, Ji Sun’s happiness is threatened. For although she has no intention of returning to her life as a bloodsucker, she has not yet renounced her inheritance, for to do so is to risk stigmatization and a much shortened life. However, Mun Oh, her younger brother, now fifteen years old and already a formidable bloodsucker, is ordered by his parents to visit his sister and demand that she goes through the Ritual of Renunciation in his favor.

But the spoiled and capricious Mun Oh, accustomed to getting his own way the minute he wants something, and his teeth into any human he fancies, encounters more obstacles than he bargains for, especially from Ji Sun’s troubled and troublesome step-daughter Hyeon Jin, the unpopular school bully.

Hyeon Jin hates Mun Oh and would get rid of him at all costs if she could. When Hyeon Jin discovers Mun Oh’s secret, she thinks she has found the perfect weapon. Mun Oh, however, detects certain weaknesses under Hyeon Jin’s hard exterior and plays on them ruthlessly. And it seems for while, that he has the upper hand . . . But then the trouble-making bloodsucker Han Kyung makes his appearance. He is jealous of the handsome Mun Oh, and would do anything to reduce him in the eyes of the clan.

Events start to spiral out of control. Hyeon Jin discovers what it is like to be on the receiving end of hurtful behavior, and as Mun Oh gets more and more attracted by the human world, he soon transgresses the strict rules of the bloodsucking clan. He is to learn the secret of the Rule of Thirds the hard way. But Will he have to pay the heavy price for his disobedience?

It is down to Ji Sun to find a solution. She has to make a choice. But will she have to sacrifice her happiness and that of her beloved husband and step-daughter to do so?


I forced myself to finish this book.

WARNING:  I am going to spoil this book for you, so if you have any interest, do not read my review!

I was initially drawn to the story because it was from an Asian author who lives on a small island near Hong Kong.  I was intrigued by the cultural differences and I wondered how they would ultimately effect vampire lore.  It did have an effect, just not a good one.

The main characters of this story are pretty deplorable.  There is 15 year old Mun Oh, who thinks he is God's gift to the world, and Hyeon Jin, a really awful bully.  Hyeon Jin is not only incredibly nasty to her classmates, but she scorns her dad and her step-mother.  That girl deserves a slap or two or 50 for the way she treats other people.

But wait!  It is okay that she is a bully because her bullying and picking on people less fortunate actually turns them into better people in the long run.  What the...?!  Really?  Really?!  You are going to try to spin a total jerk into a good person deep down because those people actually were losers and Hyeon Jin helped them see the error of their ways?  Really.

So then there is this back story with Ji Sun (step mom, brother to Mun Oh) who was the heir to the bloodsucker fortune, or something like that.  She has to renounce her vampire-ness (I think?) to pass it along to Mun Oh.  But now Mun Oh likes the raging B, I mean, Hyeon Jin.  What to do?!

Well, apparently there is some Rule of Thirds, which makes no sense and is not explained til way way late in the book.  Again, I apologize for spoiling anything for you, but Mun Oh cannot smell Hyeon Jin, so she is his Third, who is destined to either kill him or make him amazing.  For some reason, this is a horrible terrible thing, so Mun Oh decides to take a nap for a few years so that something (I do not know what) does not happen.

Good thing Hyeon Jin loves arrogant a-holes because she decides to wait out his slumber for over seven years.  At the end, we have sort of a Harry Potter moment:  the kids are all grown up with two kids of their own!  Big family reunion!  Everyone loves everyone!

I am sorry, but something was lost in translation here.  And I think what was lost was a potentially cool story.  I mean, even the author only gave it 3 out of 5 stars, so what else can be said?