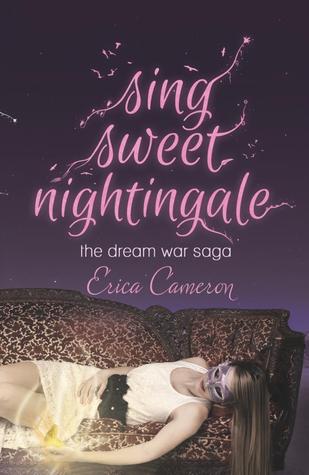 Mariella Teagen hasn't spoken a word in four years. She pledged her voice to Orane, the man she loves—someone she only sees in her dreams. Each night, she escapes to Paradise, the world Orane created for her, and she sings for him. Mariella never believed she could stay in Paradise longer than a night, but two weeks before her eighteenth birthday, Orane hints that she may be able to stay forever. Hudson Vincent made a pledge to never fight again.Calease, the creature who created his dream world, swore that giving up violence would protect Hudson. But when his vow caused the death of his little brother, Hudson turned his grief on Calease and destroyed the dream world. The battle left him with new abilities and disturbing visions of a silent girl in grave danger—Mariella.Now, Hudson is fighting to save Mariella's life while she fights to give it away. And he must find a way to show her Orane’s true intentions before she is lost to Paradise forever.

Sing Sweet Nighingale started slowly.  I wasn't really sure what to think about Hudson.  The beginning of this story was slow and downright gritty and I wasn't sure I could stick it out through the rest of the book.  I was happy to read Mariella's parts.  They were lighter, yet not less interesting.  I found Mariella to be an odd little duck.  Her scenes were a little confusing and disjointed (which was entirely appropriate to the storyline).


I enjoyed reading about Hudson's struggles and his need to find redemption through Mariella for failing his young brother.  Reading his growth and journey through this book was satisfying.  I really think, though that the side characters really shone in this book. I loved KT- I thought she was fun, and totally enjoyable to read.  She really sparkled in the scenes she was in.

The first book was left wide open as to who the second book would be about.  We were given 3-4 possibilities, but I am fascinated to see.  (And although the end of the book pulled a Vampire Diaries - the books- not the show- I am still interested to see what happens to Mariella).