Plus One: Two Reviews!

Plus One
By Elizabeth Fama
Published on April 8th 2014
Published by Farrar, Straus and Giroux (BYR)
Source: ARC from publisher

Divided by day and night and on the run from authorities, star-crossed young lovers unearth a sinister conspiracy in this compelling romantic thriller.

Seventeen-year-old Soleil Le Coeur is a Smudge—a night dweller prohibited by law from going out during the day. When she fakes an injury in order to get access to and kidnap her newborn niece—a day dweller, or Ray—she sets in motion a fast-paced adventure that will bring her into conflict with the powerful lawmakers who order her world, and draw her together with the boy she was destined to fall in love with, but who is also a Ray.

Set in a vivid alternate reality and peopled with complex, deeply human characters on both sides of the day-night divide, Plus One is a brilliantly imagined drama of individual liberty and civil rights, and a fast-paced romantic adventure story

In the hands of another author, I don't know that Plus One would have worked as well for me.  The whole star-crossed-lovers trope doesn't always do it for me, but Fama never lets it take over her story.  The romance feels real, even though it occurs over a relatively short period of time.  The plot doesn't veer off course when the characters realize their feelings for one another; Sol's quest, no matter how misguided and bungled its gotten, pushes forward instead of getting bogged down in the relationship aspect, which is something that could have easily happened in the alternate universe version of this book.

I found myself really invested in what happened to all of the characters, even the antagonists and the minor characters.  While this is a stand-alone book, at the end, I had the very rare reaction of wanting more, much more, a whole series worth of books.  I'm not going to say that I'm going to go stand on Elizabeth Fama's doorstep to ask her questions about the extended universe every time she comes or goes, but I'm not not saying that, either.

Fama writes about tough subjects in an unflinching manner, and she never shies away from showing the cost of living in the world that she's created.  The characters all have layers to them, and the book spends time peeling away at them, making for some poignant reveals when all of the many truths that make up the lives of Sol and D'Arcy come out into the open.  I love that Sol is never out to change the world or start a revolution -- she just wants her grandfather to hold his grandchild, just once before he dies.  It's a nice change of pace from stories that are so very epic in scope.  Sol is on a very personal mission, and she sometimes seems at a loss whenever things start getting much bigger than just her and her family.

And, alright, here's something I bring up almost every time I read a story set in Chicago, or somewhere else that I've lived.  I am so very picky when it comes to settings that I know, because I want it to feel real and authentic and not just a paint-by-numbers version of Chicago.  Fama, a Chicago native, gets the city absolutely right.  Even in this alternate history version of the city, it just feels right in a way that many other authors don't quite get.  Maybe because it stays light on the major landmarks and instead sprawls its way through Hyde Park and areas that aren't on the Chicago-in-a-day tourist list, but Plus One lives and breathes Chicago.  I've already started recommending it to local friends as a book that's not just pretending to be set in Chicago.

Do yourself a favor and read this book.  Even if you're tired of dystopian books or alternate universes or books about little personal rebellions against the system, go pick it up.  Fama's writing breathes life into the story and puts a new spin on something that could otherwise feel all-too familiar.

What do you have against babies, Elizabeth Fama?  My poor mommy heart couldn't handle this book.  I wanted to go all 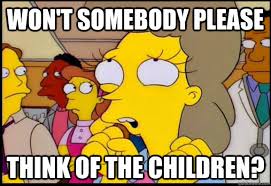 I am pretty sure that Elizabeth Fama has read a list of all the things that break me (do you remember the creepy crawlies and ghosts of Monstrous Beauty?) and writes books about them.  But I do have to say, although the book centered around stealing newborns (weep!) Fama was delicate enough to my heart to put in characters that kept the babies safe and fed.  I can't tell you how many books with similar plots have lost me because they steal a baby and then practically put it on a shelf and ignore it.

This book was about family.  I am not surprised knowing how close the Fama family is.  I could feel the strength and love for family all through this book.  Family is important to all of the characters and although not all family members are present and accounted for- they are all included through memories or wistful feelings.  I can't say that I have read a young adult book with such a strong family theme- typically families are ignored or are neglectful.  This was such a happy exception.

I think I may have discovered Fama's writing style (emerging writing style?) In both Monstrous Beauty and Plus One Fama flip flops between present day and memories all leading up to a climax that puts all of the pieces of the puzzle together.  A few authors that I have read have tried this style of writing... and failed miserably.  Fama excels at this style and I hope she continues it.

Alright, let's be honest... I might be a little biased.  I love Elizabeth Fama- we have gotten to know each other a little better and I consider her a friend.  (But as my friends know, I am not a fan of giving out praise when I don't mean it... I try to have integrity).  So... what was with that ambiguous ending?  Not good enough.  I want them riding off into the sunset! (See what I did there?)

So she has covered paranormal/ historical (with a touch of horror) and dystopian/ historical.  I think it is time for some high fantasy!
alternate history dystopia thriller