We are super excited to be taking place in the Pitch Dark: Dark Days tour this month!  Four of the hottest YA authors are on tour, both in real life and on the internets, and we've got an exclusive interview with one of them! 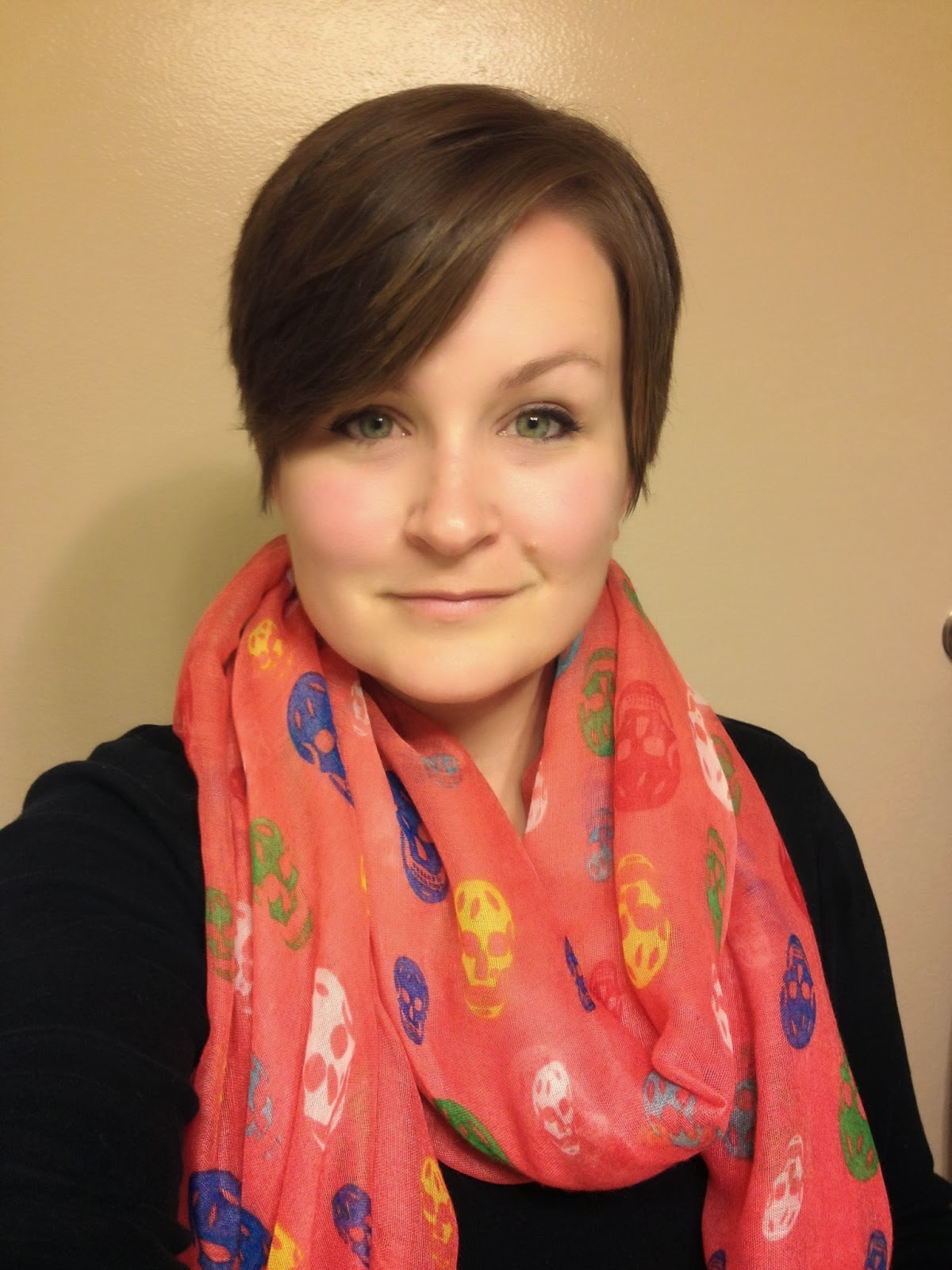 Today, we welcome author Kiersten White to the blog!  Her new book, Perfect Lies, comes out on February 18th from Harper Teen.  She was gracious enough to answer a handful of our questions.  Keep reading to see what she has to say about Perfect Lies, her characters, and what's next for her.  We're also giving away an ARC to one lucky winner -- scroll down to enter to win!  Visit the other blogs on the tour for more great posts, too:

In both Mind Games and Perfect Lies, I felt that both books moved at break neck speed and were full of action and drama.  I noticed, though, at the beginning of Perfect Lies that you mentioned that you scrapped a big part of the sequel- what happened?

This book was a bit of a beast. I had a complete draft--ready to deliver to my editor--and then I emailed her and said, "Hey, not sending you the book because I'm going to rewrite it now."
That was...not an awesome thing to face. But it had to be done. I had a great critique partner (Carrie Ryan, author of THE FOREST OF HANDS AND TEETH series) who pointed out that things didn't feel as urgent as they were in Mind Games.
Sometimes authors get really attached to our characters. I love Annie and wanted her to have this really awesome, positive, empowering storyline. It turns out when you are too nice, it makes for a boring plot. So, while Fia's was intense and crazy, Annie's was meandering and pleasant. It just didn't work.
I started over. I rewrote more than half of the book from scratch. I got meaner, and, lo and behold, Annie was better for it!

Annie and Fia both have such big personalities- which one was harder for you to get in the mindset of?  Do you see yourself in either character?

I always had an easier time with whoever I was writing. When I had to switch to the other voice, it was like all my gears came grinding to a halt. Until I got going again, and then switching back was hard! In MIND GAMES I wrote the book from start to finish, but because the timeline in PERFECT LIES was trickier, I wrote most of Annie's story in one go, then Fia's, then rewrote Annie's.
As far as seeing myself in either of them, while I admire fierce Fia, I think I relate more to Annie. She's quiet, she's more timid, she hides behind sarcasm--but I think if you look closely at both books you'll realize she's the one you should be afraid of.
Hmm, I think I just said everyone should be afraid of me.

I see that you are a practicing Mormon.  How does your faith reflect itself in your novels?

That's an interesting question, and not one I'm sure I have an answer to. So far I've avoided addressing religion directly (unless you count THE CHAOS OF STARS, in which gods are actual characters...). I think because it is such a big part of my life, but also a very personal one, it's not something I'm comfortable fictionalizing or dramatizing.
I will admit it drives me nuts when a book uses "religious person" as a shorthand cliche for "nut who does anything they are told." There's a difference between choosing to have faith and being an idiot/bigot/idiotic bigot. So, if I ever did write religion, I'd try to write a relationship with God as complex, fraught, and constantly shifting as Rae Carson does in her brilliant GIRL OF FIRE AND THORNS trilogy.

I think that the series that most readers would associate you with is the Paranormalcy series- how do you think Evie would react to Fia and Annie?  Would she be friends with either?

Ha! Oh, Evie. You know, I think Evie would immediately like Annie and Fia, because Evie is just that type of person. She would overwhelm Fia, but Fia's instincts would tell her Evie is worth being friends with! And I think Annie would find her fun in small amounts but exhausting overall, which would probably make Fia like Evie even more...


One of my favorite books of 2013 (outside of Mind Games) was Chaos of Stars.  You have released a ton of books in the last few years- what is coming next for you in 2014?  (This is where you give us a hint about what Illusions of Fate will be about- ha ha!)

Sneaky! But thank you--I love THE CHAOS OF STARS. It was my hardest book to write, so it's very rewarding when readers connect with my crazy tale of the modern-day daughter of ancient Egyptian gods.
2014 is a big year for me. I actually have three novels coming out. PERFECT LIES, obviously, on February 18th. I'm so excited for people to see what happens next for Fia and Annie, and hear their reactions to the various twists! (Also their reactions to James...and Cole.)
After that, in April I have a book out with artist Jim Di Bartolo called IN THE SHADOWS. It's a story in two parts, one entirely text, and the other entirely art--full color art! I can honestly say there's nothing like it in the YA market, and I'm so proud to be part of it.
And finally, in September, ILLUSIONS OF FATE. From the moment I started writing it, it has been magical. That might be a bit obvious considering I describe it as Downton Abbey with magic, but it was a joy to write, a joy to edit, and I hope it will be a joy to read. Magic and manners! Class systems and prejudice! High stakes and hot kissing! Glorious dresses and cheeky birds!
But what I'm really proud of in this book is that the main character is someone who, according to the world she lives in, should have no power at all. But she refuses to let others tell her what she can and can't do, instead forging a fate all her own.

According to your blog, 2014 is a year of newness and family for you.  Your hair looks great!  Are any of the stops on the Dark Days tour new for you?  Will your littles be coming with you?

Thank you! I did chop off nearly all my hair. It's very liberating to have a big change that I am in control of.
And no, no kids with me. Much as they are delightful, tours are exhausting and you are constantly on the move. Not kid-friendly. But they like it when I go because it means presents when I get back.
I'm so excited for the tour stops! I've been to New York City once, in 2009, and have wanted to go back ever since. I've never been to Bethesda and haven't been in the DC area since high school. And I've never been to Tennessee or New Orleans! I am pretty much planning on eating myself silly.
Tours are truly amazing because you get a chance to meet and connect with readers you never would otherwise. Sitting around talking about books with people who love them as much as I do? Pretty much the best thing ever. I hope to see a lot of you!

Kiersten, I wish you all the best- you are a superb writer and I am excited to see what is coming next!

Thanks so much, Amanda!