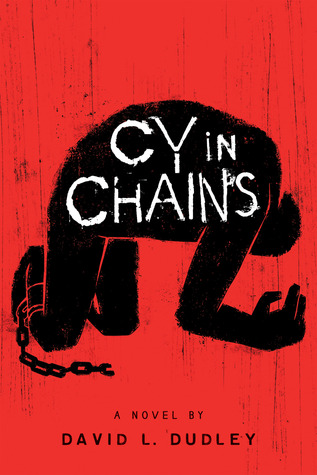 Cy Williams, thirteen, has always known that he and the other black folks on Strong's plantation have to obey white men, no question. Sure, he's free, as black people have been since his grandfather's day, but in rural Georgia, that means they're free to be whipped, abused, even killed. Almost four years later, Cy yearns for that freedom, such as it was. Now he's a chain gang laborer, forced to do backbreaking work, penned in and shackled like an animal, brutalized, beaten, and humiliated by the boss of the camp and his hired overseers. For Cy and the boys he's chained to, there's no way out, no way back.

And then hope begins to grow in him, along with strength and courage he didn't know he had. Cy is sure that a chance at freedom is worth any risk, any sacrifice. This powerful, moving story opens a window on a painful chapter in the history of race relations.

We first get to know Cy, our main character, when he's living with his father, who is a sharecropper on a wealthy white man's plantation.  A tragic series events sees Cy sent off to the chain gang, forced to do work for years and years with no hope of release.  He has small glimmers of happiness -- new clothes, unexpected friendships, some extra food slipped his way -- but for every decent thing that happens to Cy, there are dozens more horrible things he has to endure.  The book is somewhat of a coming-of-age story as Cy grows into a man and decides to take matters into his own hands.  But if you know anything about the time period, you know that no matter what happens for Cy, there's probably no real happy ending in store.

Cy in Chains is a difficult book to read at times because the author pulls absolutely no punches.  Telling the story of a young boy forced to work on a chain gang, the book doesn't flinch at showing the brutality that Cy and the other boys faced on a day to day basis.   Day in and day out, he and other boys are abused and mistreated by the men who run the chain gang.  Slavery might have been outlawed in name, but the practice of forced labor didn't end just because of the law.

Overall, the book is written very simply, and were it not for the amount of violence and (period-accurate) racism, I would say this could easily be appropriate for middle grade readers.  However, I think the contents could be disturbing to younger readers -- honestly, I know adults who would not want to read such a frank assessment of the way African Americans were treated in the US in the 1800s.  I would recommend an adult previewing this book before giving it to a child, and perhaps doing a read-along and discussing the book with the child, because this is some heavy material.
Historical Fiction