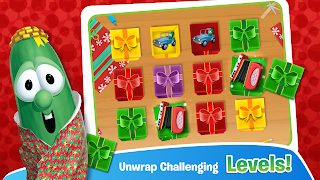 Hey there everyone!  I was asked to be on a mini blog tour for a new Veggie Tales app that was released in the last week.  The app has been released to go along with the new Veggie Tales movie "Merry Larry and the True Light of Christmas". 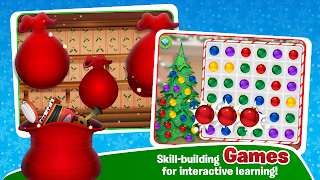 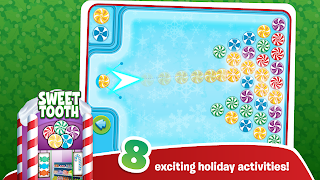 I have to say, as a huge Veggie fan (I was an Ambassador while the program was running)- I was seriously disappointed with this last movie, but was hopeful that the app was better.  It was a TON of fun.   It had a ton of puzzle games (which my 4 year old who steals my Candy Crush often LOVED).  There was a Candy Crush-like game, a game where you shot peppermints at other colored mints to get rid of the mints, a matching game, a build your own railroad train game, a switch the presents game (Ever played the game where you hid a ball under one of three cups?  Yeah- that game!)

I have to say, for 2.99, you absolutely get your money's worth!  We use a ton of apps and especially children's apps.  This is one I can absolutely say that we all will enjoy.  So if you have a little one at home who loves playing online apps- absolutely check this one out, we love it!


(And yes, I was given a copy of this app to review, but let's be honest- I would have bought it anyway!)