Snow on the Tulips: Tour and Giveaway 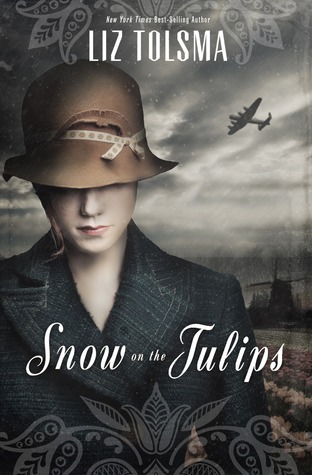 Snow on the Tulips
By Liz Tolsma
Published on August 2013
Published by Thomas Nelson
Source: Publisher for Review

In a time of unprecedented darkness and fear, Cornelia must decide if saving a stranger’s life is worth risking her own.

In the twilight of the Nazi occupation of The Netherlands, the Germans have taken everything Cornelia had to give, even what was most precious to her. Now Gerrit Laninga—a man who puts God and country above all else—arrives at her house, needing help. She is terrified for herself and terrified for her family, but most of all, terrified of the pain she might feel again if she allows herself to love Gerrit. Her hope is to be free from her paralyzing fear.

Gerrit is a known and hunted Dutch Resistance member. When he comes to Cornelia’s home for shelter, he’s drawn to her strength and kindness. When he asks her to contact the local Resistance on his behalf, she refuses. Gerrit is determined to find a way to continue his underground work without putting Cornelia or her family in harm’s way.

When things start to unravel and Gerrit’s life depends on her actions, she must summon her courage and learn to depend on the perfect love that drives out all fear. But will her new love be snatched away before it has a chance to bloom?

Snow on the Tulips is the dramatic story of Corrie and Gerrit and how they meet by chance and fall in love.  Corrie is a broken heroine- she has suffered the loss of her husband as a newlywed and has vowed to never love again.  Gerrit is working for the secret underground resistance and has no interest in getting involved with another woman after his last fiance reported him to the oppressors. Everyone is waiting anxiously for the Allied forces to reach them- almost a year after D-Day and still living under Nazi rule.

This story is told in three points of view:  Corrie, Gerrit, and Corrie's sister Anki. I enjoyed the three points of view (though I did find Gerrit's sections a little boring).  This is not an action driven story, like I had predicted it would be.  This narrative is driven by descriptions and conversations.  This was an incredibly interesting story (that was inspired by a real story that was very similar).  I do wish it would have been a tad bit more action packed (when I think spies, I think of action).

The romance between Gerrit and Corrie was sweet and for most of the book hesitant.  It really did seem to take the backseat to the main story of the resistance and of loss.  I enjoyed that the book gave readers a tidy finish- no loose ends to work out, but I do with I would have known more of some of the details (for instance exactly how one character died).

All in all this was a decent read.  If you are a fan of WWII fiction or of fiction set overseas- this will undoubtedly be a hit for you!

Liz Tolsma is celebrating the release of her novel, Snow on the Tulips, by giving away an Amazon Reading Pack to one lucky winner. Find out what readers are saying about the book here.

One winner will receive:
Enter today by clicking one of the icons below. But hurry, the giveaway ends on November 16th. Winner will be announced November 18th at Liz's blog.

Don't miss a moment of the fun; enter today and be sure to stop by Liz's blog on the 18th to see if you won. (Or, better yet, subscribe to her blog and have the winner announcement delivered to your inbox! Just enter your email address on the left sidebar of her blog.)