The Inheritance (The Will) 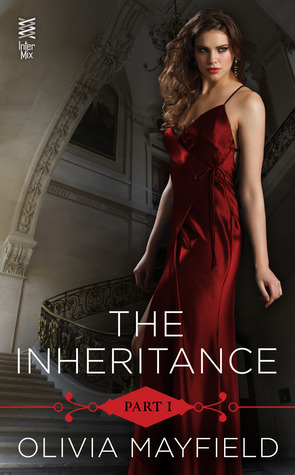 Maggie Willings knew that returning home for her estranged grandfather’s funeral would not be easy, but she never expected the reading of his will to be the most difficult part. The four people named in the will—Maggie, her brother Robert, her ex-boyfriend Andrew, and her grandfather’s far-too-young girlfriend Bethany—are given a challenge: find out the truth about what happened to Maggie’s younger sister Cassandra, who vanished over eight years ago, and win the entirety of the estate.

Maggie is thrown by the strange request, reluctant to drag up painful memories of her sister’s disappearance, and bothered by her lingering attraction to Andrew, who wants to team up to solve the mystery. But there are ten million dollars on the line and Maggie has no idea where to start—or who she’ll be able to trust.


This will be a short review because this is a very short story!  Book one of The Inheritance, "The Will" is the first entry in a mystery/romance serial release, so it's really more of a novella or short story right now.  (Amazon says it's about 60 pages long, so you have an idea.)

After Maggie's wealthy grandfather dies, she's called together with her good-for-nothing brother, her ex-boyfriend, and the grandfather's girlfriend (who's the same age as Maggie), for the will reading.  Maggie just wants to get it over with, but there's no easy resolution. Turns out, her grandfather turned his will into a hunt: whoever finds out the truth about the disappearance of Maggie's sister gets all the money.

Maggie is our main POV character, and from her we learn about her family's tragic backstory.  Just enough mystery is set up in this first installment to already have you questioning who's on what side.  Debut author Olivia Mayfield does a great job of setting the scene and introducing you to the major players in the story.  Right now, all of the characters are kind of broadly painted -- the gold digger, the good cop, the parents with secrets -- but I hope they will all get more fleshed out as the story continues.

Even though this only gives a quick glimpse at the framework of the story, I found myself already wanting to read the next one, and the next one, and ... you get the picture.  Mayfield set up an engrossing intro to a longer story, and I will definitely be keeping my eye out for future installments.   It looks like there will be six installments, released on a weekly basis, so don't miss out!
mystery romance