Shadow of the Mark Tour: Review and Giveaway! 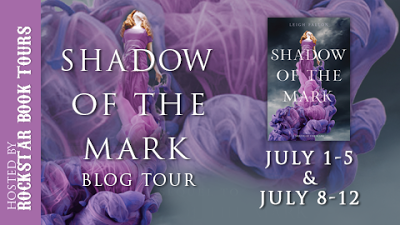 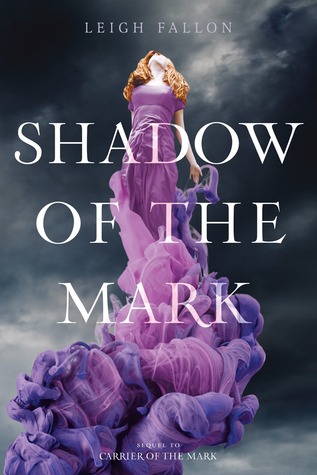 Shadow of the Mark
By Leigh Fallon
Published on July 9th 2013
Published by Harper Teen
Source: ARC from publisher

Leigh Fallon’s Shadow of the Mark, the sequel to Carrier of the Mark, is a captivating love story set against the lush backdrop of Ireland.

Megan knew she was destined to be with Adam from the first moment she saw him and now they are determined to be together. But Megan and Adam are Marked Ones, and a romance between two Marked Ones is strictly forbidden…and could cause worldwide devastation.
Website/Blog/Twitter/Facebook/Goodreads

Ok, so I am going to lay it out there- the good, not so great, and the wonderful.  First of all, let me clear the air.  I know that in the first book in this series, there was a ton of hoopla about this series being a copycat of Twilight.  This series has absolutely no resemblance to the Twilight series-especially now that the plot has been developed further in the second book.  I have to say, I enjoyed this second book even more than the first (and I really enjoyed Carrier!).  I think the author's writing style has really matured and developed between the two.

Now, that isn't to say that the book didn't fall for some of the typical second book hang-ups.  Namely, now that Megan and Adam have found love... they immediately have problems that drive them apart.  There is some weird stuff going on in book two.  I can't give details, but I really liked this plot and thought it was creepy and odd.  I really was  taken with the course that the author has given Megan.  Although the plot in book one was about Megan and Adam, this book is solely about Megan and her crazy powers (that get even crazier!)

Shadow of the Mark is a solid second book in this trilogy.  While it had a few of the hangups of a middle book, Shadow took enough strange and unexpected turns that I felt surprised and completely engaged in the story.  Fans of the series will enjoy this second book, and those who didn't enjoy the first, may find redemption in this second installment. 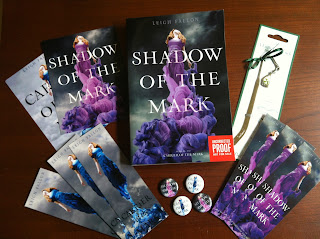 Leigh Fallon was born in South Africa, raised in Dublin, Ireland and moved to Cork in her 20's. While living in beautiful Kinsale, her novel, The Carrier of the Mark was conceived. She promptly abandoned her 'riveting' career in corporate treasury and discovered Inkpop, a website for budding writers of teen fiction. Within weeks her manuscript hit the coveted top five spot and was reviewed by an editor at HarperCollins. A few emails and some hysterical screaming later, she signed her first deal. Leigh and her family now share their time between Ireland and the US.