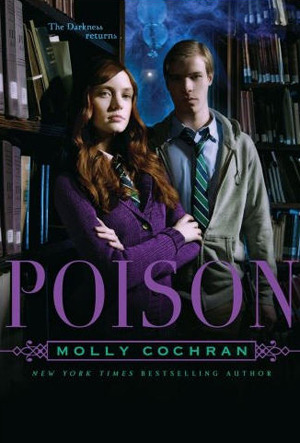 After the riveting—and romantic—events of Legacy, Katy has won Peter’s heart and is now claiming her place in the magical world. Though half the students at her boarding school come from witching lines, the use of magic is expressly forbidden at Ainsworth, so as to keep the witching world hidden from the blue-blooded preppies, aka Muffies, who also walk the halls.

But the Muffies have at least a notion of magic, because Katy catches them staging a made-up ritual—and to her astonishment, the girls collapse at Katy’s feet and fall into comas. When Katy is blamed, she becomes desperate to clear her name and finds herself battling all odds to harness her growing magical powers in order to save the Muffies and dispel the Darkness once more


Poison is the second book in this series.  I will be honest- I tried my best to find the first book- library, every bookstore in two counties and failed completely.  I was really hoping that I would still be able to enjoy reading Poison without reading the first book.  I absolutely did.  Though there were a few references to the first book, I really didn't find myself wondering what on earth happened.  I went with the flow and I genuinely feel as though I didn't miss too much.

Poison begins pretty soon after Legacy ends.  Peter and Katy are officially together and things seem to be going well for our heroine.  That happiness doesn't last, though.  Peter and Katy's relationship is tested time and time again and Katy finds herself in the middle of some pretty big drama.  Not many people are nice to Katy in this book- including her so-called best friends.  I found myself getting angry at the characters.  I really compliment the author on that- it takes a lot for me to get riled up about how much I dislike characters (not because they are boring or awful, but because of how unfairly they seemed to treat the main character).
.
This story is a trial for poor Katy- she is pretty much disowned by every single person she knows and loves .  She falls in with the wrong crowd (really wrong crowd) and gets tied up in a centuries old story.  Katy also realizes she is incredibly powerful and can do some pretty crazy things (like jump through paintings to other worlds- holy cow!)

All in all, Poison was a very enjoyable read.  It was full of whimsy and a certain magic of those other witchcraft and wizardry books.  I enjoyed all the tie-ins to the Arthurian legends and really enjoyed how the story played out (even if it was a bit predictable.  Fans of the Avalon myths and younger readers will find this story entrancing and enthralling.  I am eagerly looking forward to the third book! 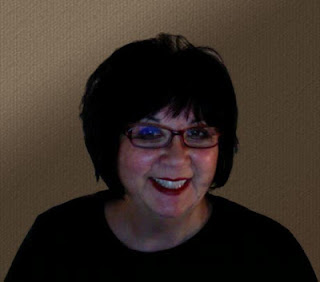 Molly Cochran, author of the teen paranormal romances LEGACY and POISON, has written 26 published novels and four nonfiction books under her own name and various pseudonyms. Her books include New York Times bestselling novels GRANDMASTER and THE FOREVER KING, coauthored with Warren Murphy, and the nonfiction DRESSING THIN, also a NY Times bestseller. She has won awards from the Mystery Writers of America (Best Novel of the Year), the Romance Writers of America (Best Thriller), and the New York Public Library (Outstanding Books for the Teen Age).


SEDUCTION, the third installment in the LEGACY series, is scheduled for release later this year through her publisher, Simon & Schuster.


Two eBooks, THE TEMPLE DOGS and THE FOREVER KING, are currently available through online retailers. A third, GRANDMASTER, will be available soon.

Molly has lectured extensively and has taught writing at the college level as well as at a women's prison (where she was NOT an inmate). She also writes a blog on writing technique which appears on her website, MollyCochran.com. She is also on Facebook at facebook.com/molly.cochran1 and Twitter at Twitter.com/mollycochranYA.

She lives in Bethlehem, Pennsylvania.