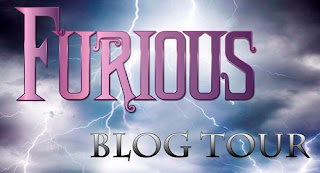 We were only three angry girls, to begin with. Alix, the hot-tempered surfer chick; Stephanie, the tree-hugging activist; and me, Meg, the quiet foster kid, the one who never quite fit in. We hardly knew each other, but each of us nurtured a burning anger: at the jerks in our class, at our disappointing parents, at the whole flawed, unjust world.

We were only three angry girls, simmering uselessly in our ocean-side California town, until one day a mysterious, beautiful classmate named Ambrosia taught us what else we could be: Powerful. Deadly. Furious.


As a writer, picking an opening quote, or epigraph, means that – Whew! – my story is almost finished. It’s one of the last things I do to a manuscript, how I put on the finishing touch.

For Furious, I wanted an epigraph about rage. But I also wanted it to reflect the tone of the story, which is serious and mythical, but with a modern touch of black humor. I did an Internet search of quotes containing words like anger, fury, and mad. And wow, a lot of famous people have weighed in on the topic – no surprise, given that anger is one of the emotions that we humans feel a lot.
From Ben Franklin, I learned that Anger is never without a reason, but seldom with a good one.
And from the Buddha: Holding on to anger is like grasping a hot coal with the intent of throwing it at someone else; you are the one who gets burned.
Now, I can’t argue with Ben or the Buddha that the world would be a better place if we lived by these wise words. But for Furious, they felt too preachy and didn’t get to the heart of what the Furies in the story discover – how good and right it often feels to be righteous and pissed-off.
This quote by author and poet Maya Angelou got a little closer to what I wanted: Bitterness is like cancer. It eats upon the host. But anger is like fire. It burns it all clean. And this quote by Roman lyric poet Horace – Anger is a short madness – also has a good punch. I like that it dates back to the time of Augustus. But neither of these were quite right.
For several months while I was doing the final rewrite of Furious, my favorite contender was by writer and theologian Frederick Buechner – Of the seven deadly sins, anger is possibly the most fun.
The full quote really captures the deliciousness of planning revenge:
“…To lick your wounds, to smack your lips over grievances long past, to roll over your tongue the prospect of bitter confrontations still to come, to savor to the last toothsome morsel both the pain you are given and the pain you are giving back – in many ways it is a feast fit for a king.”
But then one night, I was hanging out with some friends and watching a TV documentary about the prohibition era. The show featured a section on Carrie Nation. Do you know about her? 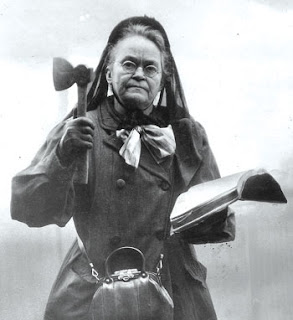 Carrie Amelia Moore Nation (1846 –1911) was a real firebrand, a radical member of the temperance movement, which opposed the use of alcohol in this country’s pre-Prohibition era. Carrie was rightfully outraged by the economic and social problems that drunkenness caused (especially to women who were being abused by alcoholic men). She had a real point. She was justifiably angry. But then, her anger grew and grew and turned violent. Standing almost 6-feet tall and weighing 175 pounds, she and her band of followers, who claimed to be driven by God, charged into bars and taverns, attacking the property with hatchets.
Now she was a Fury!
Carrie’s rallying cry became the perfect epitaph for my story about young women with pent-up rage who finally get a chance to unleash it:
I tell you ladies, you don't know how good it feels till you begin to smash, smash, smash!


Thanks to Best Books Ever for hosting this stop on my blog tour. I also want everyone to know that I’m sponsoring a musical contest with prizes for the Furies’ “binding song.” You can get details on my blog: jillhwolfson.blogspot.com.


We are very excited to have hosted the author and Furious!  Be sure to check back tomorrow for our review of Furious and scroll down to see what this lovely author is donating to our 2nd Anniversary Celebration! 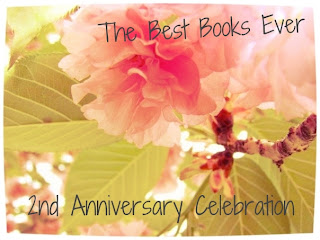 Jill Wolfson, author of Furious, has been so kind to mark up and doodle all over a copy of her new book!  If you want a chance to see what is going on through her brain- enter the rafflecopter below! (US/CA)