Is cooking in a professional kitchen like it is on TV shows like Top Chef, Kitchen Nightmares, etc?


What are some things you wish every diner knew going into a restaurant? 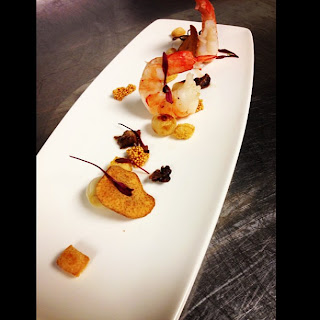 If you have dietary restrictions, call ahead so the chef can dedicate time to making you the best meal possible.  We love the challenge...we only get frustrated when we find out about it with no time to do anything. Also, we have a menu for a reason.  Our experiences and education have taught us to put dishes together a certain way to get the best flavor possible.  If you are allergic to something, its understandable, but if you just don't like something, try to find something that has everything that you like.


What was the worst dining experience you have had (without revealing names)?


I can't say that I have one that sticks out to me, but more often than not I have had poor service.  I'm a little bit of a food snob now that I'm a professional, but I try to understand and recognize the food for what it is, depending on the restaurant.  It always annoys me when I see a server "working" a certain table because they look like they will tip more while they ignore their other 3 tables.

Have you ever cooked for anyone famous? 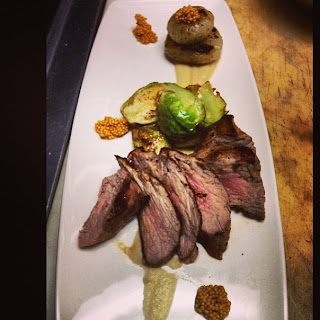 What books are in your "To Be Read" pile?


The Power of Negative Thinking: An Unconventional Approach to Achieving Positive Results by Bob Knight
Try This at Home: Recipes from My Head to Your Plate by Richard Blais
The Brain in Your Kitchen by David DiSalvo 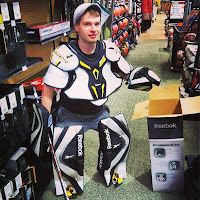 Alex is Coranne's "little" brother and from the same small town in Central PA.  After graduating as class valedictorian from IUP's Academy of Culinary Arts, he spent time working for one of the largest private hotels on the east coast.  Now he is with an up and coming resort in central PA that has deep historic roots.  When he isn't at said resort, he is an avid(or crazed) Penguins Hockey fan, loves bowling, golfing, learning about wines and spirits, or finding new (or old) music.

We are giving away a box of 2013 ARCs- you DON'T want to miss this giveaway!