Welcome to Short and Sweet's stop on the Fox Forever Blog Tour!  Today we are chatting with author Mary Pearson about the electrifying conclusion to the Jenna Fox Chronicles!

1.      It has been a few years since The Adoration of Jenna Fox was released.  Why did you initially create a story about lives being copied and saved in case of an accident?


I was curious about how far medicine and technology would advance.  My focus wasn’t necessarily about “copying” but all the ways we might be able to preserve life in the future.  Every day in the news we hear about some new amazing advance or discovery in medicine and technology.  The two really go hand in hand. 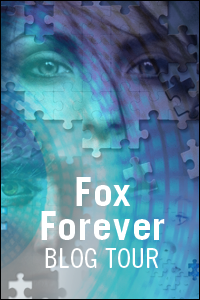 The initial spark for the story came back in 2000 when my youngest daughter was diagnosed with cancer. As any parents would be, my husband and I were terrified.  She was seventeen years old at the time and we were plunged into this new world of hospitals and medicine we didn’t understand.  It was like we had stepped onto a runaway train and there was no way of getting off.  But very soon I learned how incredibly lucky we were.  Just fifty years earlier she would have died from this cancer.  Fifty years is a pretty short amount of time in the great scheme of things.  For the type of cancer she had, Hodgkin’s Lymphoma, there was a well-researched treatment and a good cure rate. So that got me thinking,  how much farther will medicine advance in another fifty years?


As she was going through the treatment, we met a lot of children who were far sicker, or who were tiny little babies. At least my daughter could talk to me. I spent a lot of time thinking about what those parents were going through and the question gnawed at me, how far would a parent go to save a child? In The Adoration of Jenna Fox, we learn that, for Jenna's parents at least, they would be willing to go very far, even beyond the legal limits.


Of course, so much more played into the story than just the initial spark.  We all have so many attitudes and opinions about what should and shouldn’t be allowed medically.  I wanted to explore those different viewpoints.

This series really encourages the reader to think hard and reevaluate her own beliefs about advances in science and what makes a life- have you had good discussions with your readers about that in the course of this series?


Absolutely.  I hear from readers all the time, and the book is used in lots of book clubs because of the ripe discussion possibilities, and I’m often told there can be rousing and sometimes heated discussions. In the subsequent books of the series, I upped the ante pushing the limits even farther. Anything that gets people talking and sharing makes me happy as an author.
Since this series is ending- where you will be headed next? More Science Fiction?

I have a new series coming out in 2014, and it is best described as cross-genre.  It doesn’t stay in the boundaries of just one kind of fiction.  But it definitely has some science fiction elements--they are just not readily apparent on first look.  And now my lips are zipped!  : )


Thank you for having me at your blog, Amanda!  I hope your readers enjoy Fox Forever and the rest of the books in The Jenna Fox Chronicles!

Check out Coranne's review of Fox Forever here and then scroll down to win the ENTIRE series from Macmillian Teen!