We talked about bad guys on last week's Best Book Ever, so it makes sense of course that this week, we're talking about the good guys!  This week on Best Book Ever, I wanted to talk about bad guys.  Who can resist a hero, a knight in shining armor, or even someone who just does little things to make the world better. Here are some of our favorite heroes.

This is such a hard topic! I have so many fictional heroes. If I have to pick one in children's literature, it would be Hermione Granger. She's smart as hell, the best friend you could ever have, and has such a pure heart. Oh, and she fights the most evil wizard of all time, of course!

If I had to pick one in adult literature, it would be Fanny Price from Jane Austen's Mansfield Park. She has an infallible moral and intellectual compass and ends up being the most valued person in her snobby, adoptive family.

In keeping with my choice of Black Jack and Frank Randall as best villains ever, I HAVE to pick Jamie Fraser of Diana Gabaldon's OUTLANDER series as best hero ever. And. He. Totally. Is. Period. I'm not the kind of girl to ga-ga over any guy, let alone a fictional one, but if Jamie Fraser existed in any time or place I would totally throw myself through the stones to get to him. Damn time travel. Damn restrictive centuries old clothing. Damn the loss of basic hygiene. I won't tell you how many times I've read OUTLANDER but I will say I specifically went to Scotland because of reading these books. I was unable to find a suitable large red-headed Scot, but just sitting and listening to my wizened old cabdriver made me happy.

Mindy McGinnis, debut author of Not A Drop To Drink (2013, Katherine Tegen)

In the end I just couldn't decide. So I went in the opposite direction:

Jeeves in P.G. Wodehouse's Bertie Wooster books. Jeeves is smart, well-read, calm, wise, tolerant--all necessary things when serving as butler to the goodhearted but rather stupid Bertie. (His only flaw is that he loathes the garish clothing items Bertie loves, from purple socks to alpine hats.) How essential is this gentleman's gentleman? In THANK YOU, JEEVES, Bertie refuses to give up playing the vulgar banjo, and our hero Jeeves is forced to resign. Things get dark. Bertie nearly ends up getting married. Again.

April Tucholke, debut author of Between the Devil and the Deep Blue Sea (2013, Dial/Penguin)

My favorite hero...with so many wonderful heroes, it's so hard to pick a favorite. And while I'm trying to form a compelling argument to use Ebon the pegasus from Pegasus, I'm going to pick an actual hero: The Bear from Edith Pattou's EAST. Aside from the fact that this Norse fairy tale is amazing, The Bear is a very compelling hero. He's a polar bear by day, and a man by night. He's under an enchantment, but he's valiant and true. He's a Prince worth fighting for, and a Prince you want on your side. The Bear is most definitely (ONE of) the best heroes ever.

Rebecca @ A Word's Worth 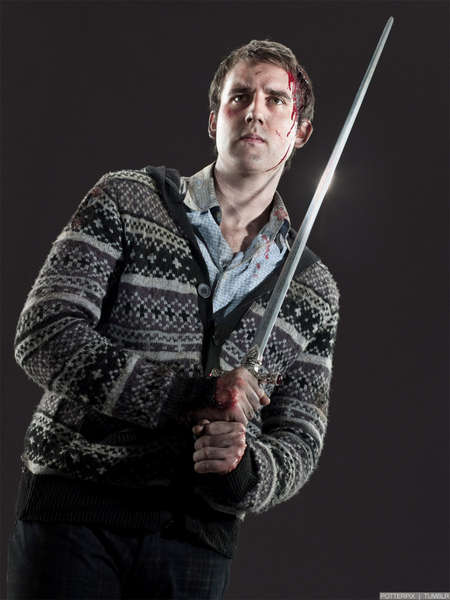 Ok, so I know I picked Harry Potter for last week- but I am going to be lame and pick a character from the series again this week. Throughout the series, Neville Longbottom was ... weak. He really had no backbone and was picked on and ridiculed constantly. Something happened around book five, though. Neville became a strong character who didn't show fear or cower in the corner. He still isn't the "dream boat hunk" of a hero, but when he pulled the sword of Gryffindor out of the sorting hat and totally owned Voldemort's snake- I gave him a fist pump in the air and let out a "YEEEAAAAHHHH!"
- Coranne

What about you? Who is your favorite hero?