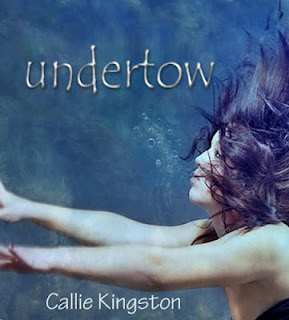 While she sleeps beside a log on the wild Oregon coast, a rogue wave pulls Marissa into the sea. Now she dreams each night of a merman who rescues her. Obsessed with returning to this beautiful creature, she again risks her life in the frigid ocean. Will Marissa remain lost forever in the eddies of her mind, or can real love save her from the abyss? Sometimes, the dangers which lie within are the deadliest.

Coranne's Thoughts:  Undertow was not at all what I expected.  From reading  the blurb on the back of the book I expected a book about merpeople- some sort of paranormal fantasy book.  Undertow was unlike any book I have read.  Callie dreams or a merman who she thinks rescued her from drowning, but noone believes her.  What begins as a contemporary fantasy flows and ebbs into a narrative about a girl dealing with severe depression and hallucinations.

There is a lot more to Callie and her life than is first perceived.  The author reveals the horror that has been Callie's life bit by bit.  This was an excellent story about how sometimes there is no fairy prince to rescue you, sometimes you have to rescue yourself.  And sometimes the "white knight" isn't magical, sometimes he is safe and dependable.  I enjoyed this book and I know that fans of contemporary YA fiction would also enjoy this heartbreaking book. 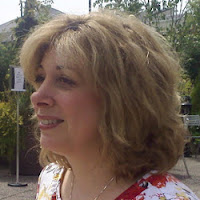 Callie Kingston's home is in the Pacific Northwest, where she lives with many furry creatures (including her husband). She holds a masters degree in psychology and has worked in schools for many years. When not writing, she likes to explore the outdoors, especially the forests and beaches along the Oregon coast. She also enjoys a great cup of cappuccino, which happily is easily found in her part of the world.

Now that you have read our part of the tour- hop on to the other stops on the Undertow tour!:
Undertow Tour Schedule
Click here to view the blog list...