Waiting on Wednesday is a meme hosted over at Breaking the Spine.

Wrecked
By Anna Davies
To Be Published May 1, 2012 by Simon and Schuster
Miranda has lived on Whym Island since the death of her parents. She has taken comfort in its seclusion and in the folklore that claims a mysterious sea witch controls the fate of all on the island and its surrounding waters. It's just been easier to believe that things are out of her control.

But when a terrible boating accident takes the lives of several of her friends, Miranda is rescued by a mysterious boy that haunts her dreams. As the guilt of the accident consumes her, she finds refuge in her late night swims. Then, she meets Christian, a boy who seems so familiar, but won't tell her where he is from and why they can only meet at the beach. As Miranda falls for Christian and begins to put the accident behind her, she discovers that there are secrets that Christian is keeping to protect her that may only end up bringing her nothing but harm.
AND 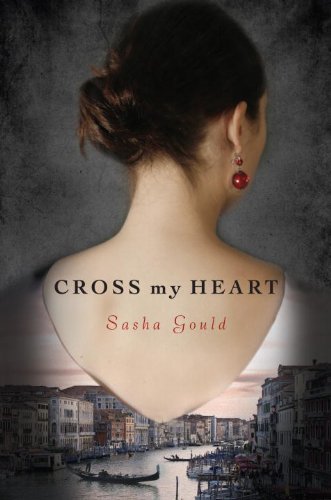 Cross My Heart
By Sasha Gould
To be published on March 13, 2012
By Delacorte Books for Young Readers
When 16-year-old Laura della Scala learns that her older sister, Beatrice, has drowned, she is given no time to grieve. Instead, Laura's father removes her from the convent where he forcibly sent her years earlier and orders her to marry Beatrice's fiancé, a repulsive old merchant named Vincenzo. Panicked, Laura betrays a powerful man to earn her way into the Segreta, a shadowy society of women who deal in only one currency—secrets. The Segreta seems like the answer to Laura's prayers. The day after she joins their ranks, Vincenzo is publicly humiliated and conveniently exiled. Soon, however, Laura begins to suspect that her sister's death was not a tragic accident but a cold-blooded murder—one that might involve the Segreta and the women she has come to trust.