It's a Fairy Story!

All her life, Breena had always dreamed about fairies as though she lived among them...beautiful fairies living among mortals and living in Feyland. In her dreams, he was always there the breathtakingly handsome but dangerous Winter Prince, Kian, who is her intended. When Breena turns sixteen, she begins seeing fairies and other creatures mortals don t see. Her best friend Logan, suddenly acts very protective. Then she sees Kian, who seems intent on finding her and carrying her off to Feyland. That's fine and all, but for the fact that humans rarely survive a trip to Feyland, a kiss from a fairy generally means death to the human unless that human has fairy blood in them or is very strong, and although Kian seemed to be her intended, he seems to hate her and wants her dead.


This has the makings of a great story.  Faeries, Summer Court, Winter Court, a best friend who turns out not to be human, a love triangle.  I was so excited going into this book.  It has awesome reccommendations on Amazon and other ya blogs (but I have learned that sadly many blogs will just give positive reviews for everything- so NOT helpful!)  This book was sad.  It felt like it was written by an 8th grader- not a "highly acclaimed author of over 70 books."  I am a little leery of that accolade.  It was disjointed and could have used a smaller font and 100 more pages.  I felt like I was reading the Cliff's Notes version of the book.

I have heard that the second book is better- and since I have it, I will read it- but I am not hopeful.

So what is a Fey series I really liked? 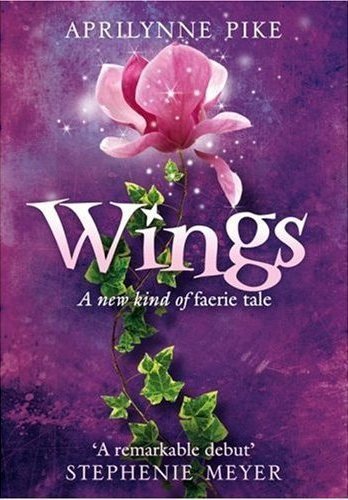 I thought this series was original and I was excited to read the sequel (so you know it was decent!)

But don't ask me to read a book about angels.  Because other than that miniseries Fallen with the guy who plays Stefan in the Vampire Diaries- I haven't met a angel story that I thought was readable.
fairy fantasy ya